Stockton University (SU) in New Jersey recently received the largest donation in its history at $8 million from telecommunications pioneer John F. Scarpa. Most of the money will support two initiatives: expansion of the school’s academic programming in Atlantic City and of its health sciences program on its mainland campus. 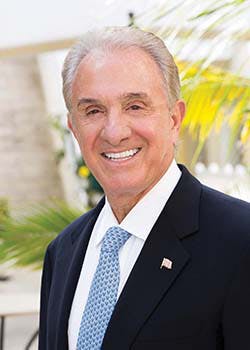 In honor of the donation, SU’s board of trustees unanimously voted to rename two buildings after Scarpa, who began a relationship with the university and its president, Dr. Harvey Kesselman, a year and a half ago.

“When a university chooses to name a building, it’s doing much, much more than recognizing a gift or philanthropy. It’s sending a message to the community,” Board chairman Leo B. Schoffer said.

A Southern New Jersey native himself, Scarpa said he wanted to strengthen his home community’s economy and university landscape.

“Southern New Jersey, particularly the lower six counties, have virtually no universities, but what we can offer — and I think the real way to get South Jersey back on its feet — is to begin to educate the people that live in the area, both young and old,” Scarpa told The Press of Atlantic City.