In an email to his supporters, U.S. Sen. Cory Booker announced the end of his 2020 presidential campaign on Monday, citing a lack of funds.

“Our campaign has reached the point where we need more money to scale up and continue building a campaign that can win — money we don’t have, and money that is harder to raise because I won’t be on the next debate stage and because the urgent business of impeachment will rightly be keeping me in Washington,” he wrote in the email. 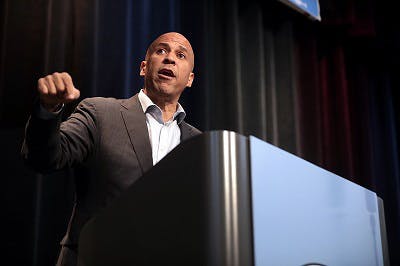 With his polling numbers hovering around 2%, according to Real Clear Politics, Booker didn’t qualify for the December or January debates. And after U.S. Sen. Kamala Harris left the race in early December, Booker criticized the lack of diversity on the debate stage, saying, “It’s a problem the 2020 race has more billionaires in it than Black people.”

Now, with both Booker and Harris out of the race, former Massachusetts Gov. Deval Patrick is the only remaining Black candidate.