Dozens of faculty members at the University of Notre Dame have signed an open letter urging Judge Amy Coney Barrett, a former law professor at the school, to halt her Supreme Court confirmation process until after Election Day, reported Yahoo News. 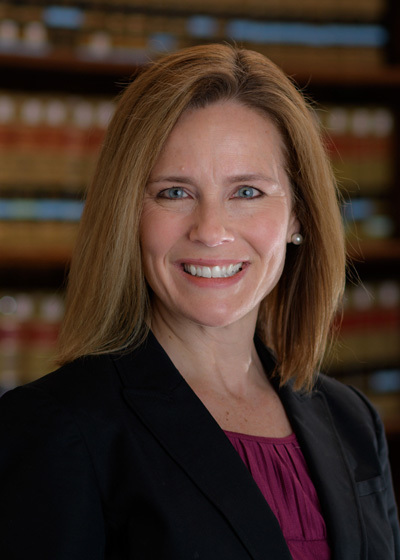 The letter had 88 signatures of professors from both the undergraduate and graduate level, but no faculty members from the Notre Dame Law School signed on.

Barrett, 48, studied at the Notre Dame Law School and started working at the prestigious law school in 2002, becoming one of its most popular professors.

But “the rushed nature of your nomination process, which you certainly recognize as an exercise in raw power politics, may effectively deprive the American people of a voice in selecting the next Supreme Court justice,” read the letter, which was published Tuesday.

Amid the Senate confirmation hearings, Republican lawmakers touted the judge’s credentials while Democrats focused on health care and abortion rights.

The letter was distributed through an electronic mailing list that would have allowed some law professors to see it, said Dr. Eileen Hunt Botting, who teaches political science at Notre Dame.