Liberty University’s former president, Jerry Falwell Jr., resigned in August and is now suing the school for defamation and breach of contract at the Circuit Court for Lynchburg, reported CNN. 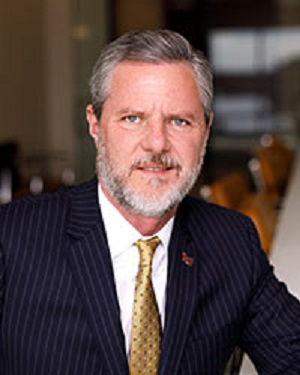 After a sex scandal and other controversies, Falwell Jr. is attempting to seal redacted portions of the suit as it may breach a confidentiality clause within his contract at Liberty.

Last summer, the scandal involved a young man in Miami going public with claims that he and Falwell Jr.’s wife had sexual liaisons for years — allegedly sometimes while the evangelical leader looked on.

While Falwell Jr. acknowledged their affair in a statement, he maintains he was “not involved.”

In a new statement, Falwell Jr. said: “I am saddened that University officials, with whom I have shared so much success and enjoyed such positive relationships, jumped to conclusions about the claims made against my character, failed to properly investigate them, and then damaged my reputation following my forced resignation.”

Liberty University declined to comment on the suit. “The University would need to read and review a lawsuit before making comment, and as of this moment we have not been served,” said school spokesman Scott Lamb on Thursday.