A report has found that although Holyoke Mayor Alex Morse pursued dating or sexual relationships with University of Massachusetts students, these actions – while he was an adjunct professor – did not violate UMass’s sexual harassment or consensual relations policies, Daily Hampshire Gazette reported. 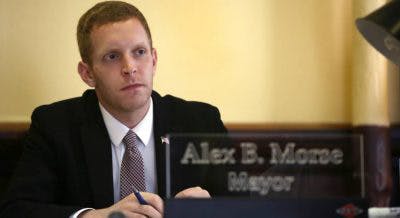 Morse was a UMass adjunct instructor of Urban Government and Policies in the College of Social and Behavioral Sciences from 2014 through fall 2019.

“While the totality of Morse’s conduct, including his admitted consensual relationships with students he met using dating apps, supports a finding that Morse intended to pursue dating and sexual relationships with UMass Democrats members and other students, the investigators found that there is insufficient evidence of Morse having engaged in such conduct with students for whom he had grading, supervisory, advisory or employment responsibility as is required by the university’s Policy on Consensual Relationships,” the report states.

According to the report by law firm Saul Ewing Arnstein & Lehr, LLP of Boston, the mayor did not unreasonably interfere with students’ academics or school participation under its sexual harassment policy.

“Any other speculation, rumors, or innuendo characterizing my interactions with students is an extraneous distraction, and outside the scope of the investigation,” Morse said. “I hope this exoneration lays to rest the unnecessary and invasive intrusion into my personal life.”

UMass Amherst officials are studying the report and the school plans to reexamine its consensual relationships policy.