Tributes poured in across the nation for award-winning actress Cicely Tyson, who died on Thursday at the age 96. 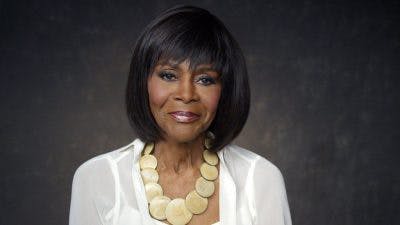 Tyson was the first Black woman to star in a main role – in 1960s TV drama “East Side/West Side” – and she won two Emmys for her role in 1974 film “The Autobiography of Miss Jane Pittman.”

“What struck me every time I spent time with Cicely Tyson was not necessarily her star power—though that was evident enough—it was her humanity,” Michelle Obama tweeted. “Just by walking into a room, she had this way of elevating everyone around her.”

In 2016, Tyson was awarded the Presidential Medal of Freedom by former president Barack Obama.

“The King Center joins the world in remembering the life and legacy of #CicelyTyson,” the Martin Luther King Jr. Center tweeted. “Trailblazer is not a sufficient description. What a legendary artist, sage and matriarch. We salute her. Rest in power, Lady Cicely.”

Tyson’s memoir, Just As I Am, was released last Tuesday.