‘Preeminent Scientist and Entrepreneur’ Named President at The University of Chicago

The University of Chicago has appointed “preeminent scientist and entrepreneur” Dr. Paul Alivisatos as its 14th president.

Alivisatos is currently executive vice chancellor and provost at the University of California, Berkeley, where he is also a professor and the Samsung Distinguished Chair in Nanoscience and Nanotechnology Research in the Department of Chemistry. 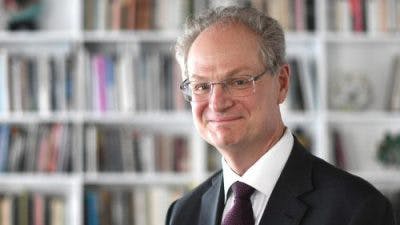 As a UC Berkeley leader, he took on initiatives that supported student diversity, free speech, social justice, experiential learning and mentoring. He also launched a new division focused on data science and stewarded more than $450 million in gifts from 2016 to 2020.

“I can think of no one better suited for this extraordinary opportunity, and no one who will be harder for us to replace,” said Dr. Carol Christ, chancellor of the University of California, Berkeley.

The former director of the Lawrence Berkeley National Laboratory, Alivisatos is also an accomplished scientist and entrepreneur who holds more than 25 awards and honors in science and whose “pioneering research” in nanomaterials has led to more than 50 patents.

“The University of Chicago is characterized by a distinctive approach to our work of research, education, and impact, and we share ambitious aspirations for the future,” said UChicago’s current president Dr. Robert J. Zimmer. “Paul Alivisatos is superbly equipped to serve as president of the University in a way that honors its legacy while building upon it for the next generation of scholars and students.”

A native of Chicago, Alivisatos is a University of Chicago alumnus, having received his bachelor’s degree there in 1981.