An Oregon footwear designer plans to reopen Michigan's only historically Black college and university in Detroit next year with a design focus, reports The Detroit News. 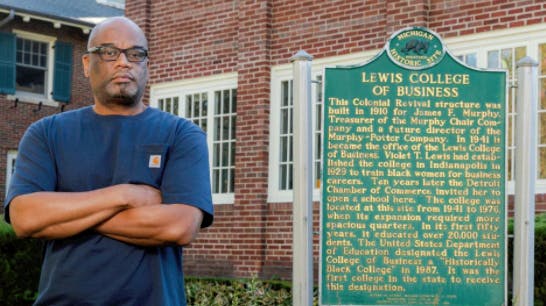 According to Edwards, the PENSOLE Design Academy would not only be the first HBCU to reopen after closing, but it would be the first "design-focused" HBCU. However, PENSOLE Lewis College won't be a typical college.

Instead of offering degrees, Edwards told The Detroit News that the school would work more like a certification program, offering courses that met the needs of brands partnering with the school.

"Brands would pay for students' tuition and housing, Edwards said, and in return, get a pipeline of talented students ready for work."

"The Pensole Lewis College of Business and Design is an institution that will cultivate a diverse pipeline of talent ready for jobs of the future while creating equitable access to opportunities for our city's residents," Jennifer Gilbert, of the Gilbert Family Foundation, told The Detroit News. Target and the Gilbert Family Foundation are both founding supporters of the academy.