Northwestern University in Evanston, Illinois, has reopened its Black House — a historic community space for Black students — following renovations of the building. 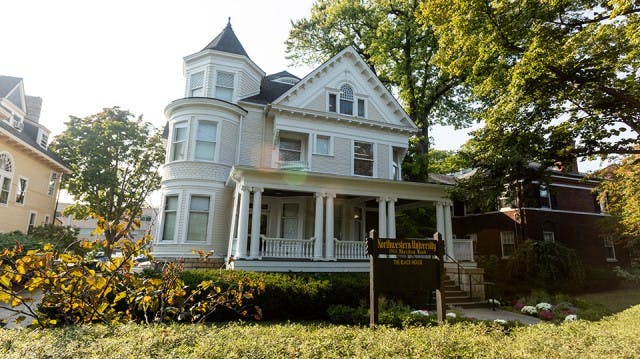 Shane Collins/Northwestern UniversityThe house was originally created after students took over the Bursar's Office in 1968 and occupied it for 38 hours in protest. The student demonstration ended with the administration responding to a list of eight student demands, one of which called for "a Black Student Union, a place to be used for social and recreational activities."

“The Black House has served as a refuge for many students during their time at Northwestern,” said Charla Wilson,  university archivist. “Historically, it’s a place many have depended on for plugging into community, engaging in cultural programming or even just having a listening and supportive ear.”

The renovated house features a new mural and a new floor plan that includes an elevator and non-gendered restrooms.

“May this historic renovation be a symbol of our unyielding commitment and collective action to make Northwestern a more just and inclusive campus for our Black students and certainly for all marginalized students,” said Dr. Lesley-Ann Brown-Henderson, assistant vice president for inclusion and chief of staff in the Division of Student Affairs.