While the majority of Americans (75%) believe that current events should be taught in K-12 schools, those who self-identify as white or Republican are less likely to find topics related to race "appropriate," finds a new survey conducted by NORC at the University of Chicago.

Meanwhile, when it comes to the way those topics are taught, the survey found that Black respondents were less likely than the national average to support showing multiple sides to an issue (57% vs. 78%), place the issue in a historical context (59% vs. 71%) and allow for criticism of the government response to the issue (52% vs. 64%). However, Black respondents were more likely than the national average to support emphasizing any role that racism plays in the issue (60% vs. 48%).

But while opinions varied among race and ethnicity, they varied more dramatically between political affiliations, with Democrats more likely than Republicans to find the following “appropriate” for K-12 students: Black Lives Matter (74% vs. 12%), climate change (84% vs. 23%) and immigration enforcement or reform (55% vs. 39%).

Conducted in mid-August 2021 through the AmeriSpeak® Panel, the survey interviewed 1,126 English-speaking adults age 18 and over nationwide. According to NORC, “the national average” includes people from “varying racial/ethnic backgrounds, including but not limited to those presented here (e.g., Black, Hispanic, white).” 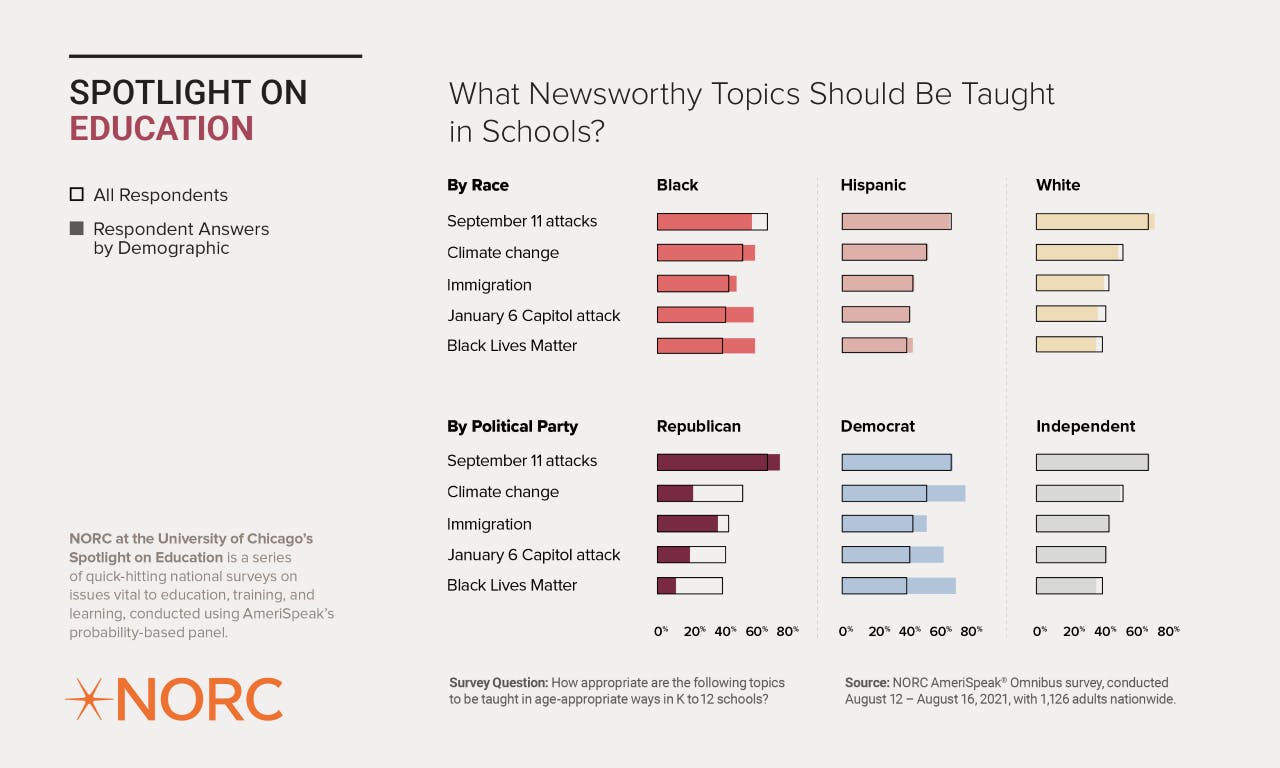 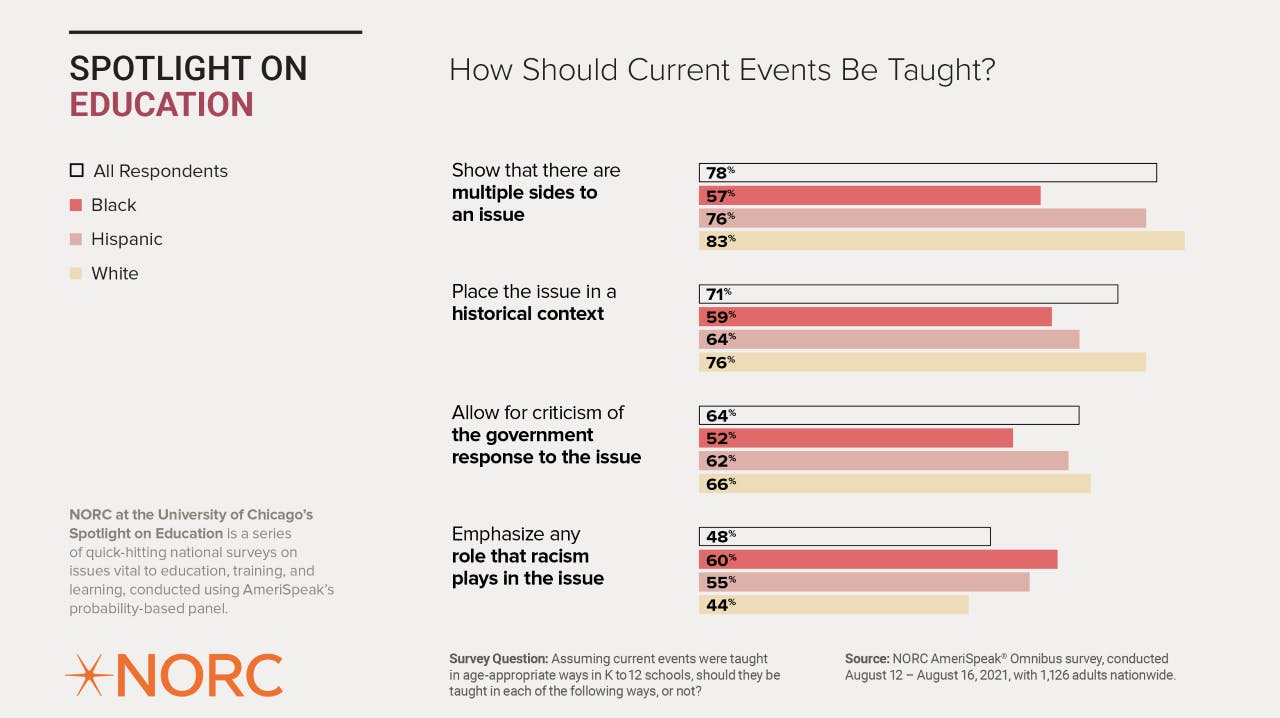