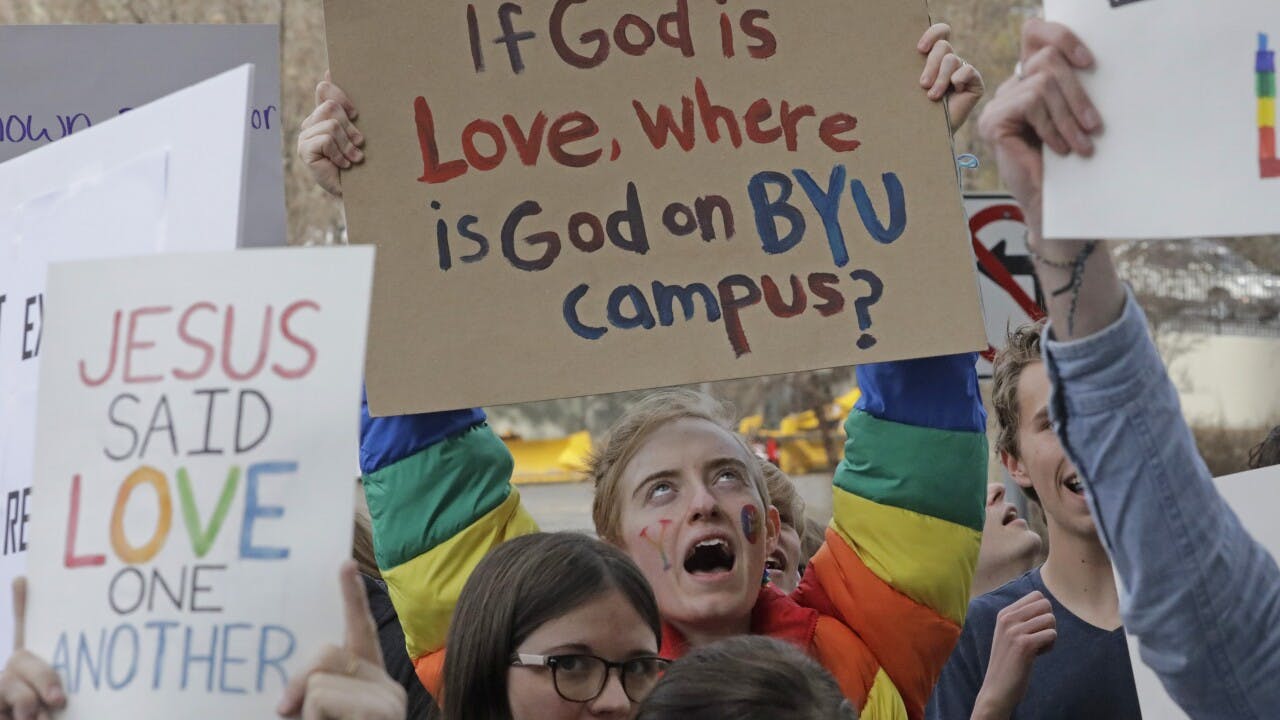 The Associated Press & Scripps NationalThe U.S. Department of Education (ED) is pursuing a civil rights investigation into how Brigham Young University (BYU), a private religious school in Utah, disciplines its LGBTQ students. The Salt Lake Tribune reported that this investigation arrives after BYU officials said that the school would continue to enforce a ban on same-sex dating after it had been taken out of the school's written honor code.

Students at BYU can be punished for holding hands or kissing someone of the same sex. A BYU spokesperson said in a statement acknowledging the federal investigation that the University, which is run by The Church of Latter-day Saints, has the right to enforce the church's policies against same-sex relationships and does not foresee further action being taken against the University.

However, ED is investigating whether BYU's policies regarding LGBTQ students are covered by the Title IX sex discrimination law exemptions that are issued to the religious-based institution. The investigation by ED's Office of Civil Rights started on October 21, 2021, according to an ED spokesperson.