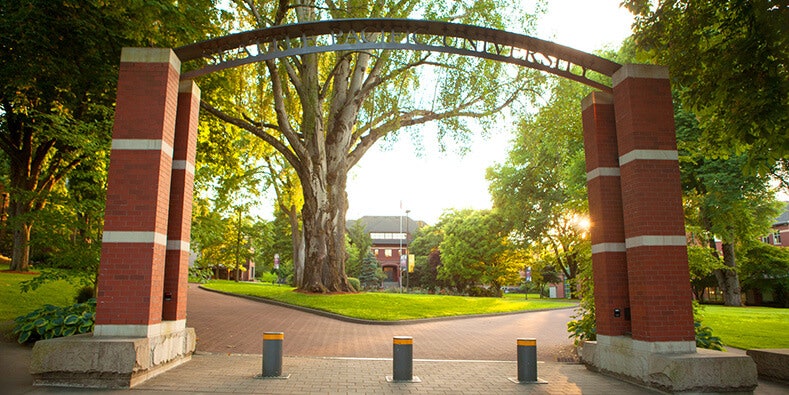 "This is not a new fight — this has been an ongoing fight for 30 years," SPU student body President Laur Lugos told NPR affiliate KUOW.

The SPU Board of Trustees voted last week to retain the school's current employee lifestyle expectations regarding sexual conduct. As a result, SPU faculty and staff must “continue to reflect a traditional view on Biblical marriage and sexuality, as an expression of long-held church teaching and biblical interpretation," according to a SPU Board of Trustees statement.

After the vote, students walked out of class to protest in front of the SPU president’s office.

"No matter what you believe, getting rid of these policies is the best way to make sure that our campus is an inclusive place for all people to be,” said AJ Larsen, 2020 graduate and member of SPU's alumni coalition. “Not only in the student body but in the faculty, staff and administration."

“We want the community of SPU to know that this was a thorough and prayerful deliberation,” said Board Chair Cedric Davis in the board statement. “While this decision brings complex and heart-felt reactions, the Board made a decision that it believed was most in line with the university’s mission and Statement of Faith and chose to have SPU remain in communion with its founding denomination, the Free Methodist Church USA, as a core part of its historical identity as a Christian university.”

Adjunct nursing professor Jéaux Rinedahl – who is gay – sued SPU in 2021, but the case was settled out of court.