With Olympics Comes Lessons on Race in Brazil

To Dr. Vânia Penha-Lopes, the selection of Rio de Janeiro to host the 2016 Summer Olympic Games, the first in South America, is a teachable moment.

“I feel great that the International Olympic Committee recognized that the continent of America has a South,” said Penha-Lopes, a sociology professor at Bloomfield College in Bloomfield, N.J., who was born and raised in Brazil.

“In terms of the United States, it will educate more people that there is a huge country south of the equator. Maybe [Americans] will learn we speak Portuguese and not Spanish.”

However, she’s concerned that the millions spent to host the major sporting events will not benefit all Brazilians.

“For example, public schools and low-income neighborhoods far from the center of Rio are in need of infrastructure repairs such as sidewalks and piping systems,” she said. “There are going to be millions of people descending upon Rio. We are talking about traffic jams. There is a lot of urban violence there, which is a concern of the residents. I am sure there will be security measures, but I would like them to continue once the events are over.”

Penha-Lopes, who has written 17 articles— both in English and Portuguese — on race, religion, ethnicity and multiculturalism, teaches students at Bloomfield about her native culture.

Although Brazil ranks second in the world behind Africa with the most Blacks, it was the last country in the Western Hemisphere to abolish slavery in 1888.

According to a March survey by the Brazilian Institute of Geography and Statistics, or known as IBGE in its Portuguese acronym, Black and brown Brazilians received an average of 7.6 years of schooling, compared to 9.1 years for Whites. The agency also reported that the unemployment rate among Whites is 8 percent, compared to 10 percent among Black and brown workers.

Penha-Lopes said one of the most controversial topics in Brazil is affirmative action in universities. She says more Black Brazilians have enrolled in college, thanks to the quota system.

“The opponents say, ‘[affirmative action] will create racial hatred in Brazil. It is unfair. This is an American thing that hasn’t worked there,’” she said. But “there are no quotas in the United States, but opponents say there are quotas. This discussion shows how the world is very small, and I try to teach that to my students.”

Penha-Lopes received a bachelor’s degree in social sciences in 1982 from the Universidade Federal do (federal university of) Rio de Janeiro. She received a master’s degree in 1987 in anthropology and a doctorate in sociology 12 years later at New York University.

She recently became co-director at Bloomfield’s Center for Cultures and Communication program to promote diversity on and off the 11-acre campus located about 15 miles from New York.

Penha-Lopes, who has taught at the school affiliated with the Presbyterian Church for 11 years, also serves as co-chair on Brazilian affairs at Columbia University.

“Our students must … understand various cultures in a world that has become very small. Vânia has the experience and personal perspective to teach that,” said psychology professor Rashmi Jaipal, a native of India who also taught at Bloomfield for 11 years and created the school’s Center for Cultures program. “Students are not taught about the rest of the world, and it’s not considered important. Vânia makes it relevant to show that what we learn from other countries can also be used here.” 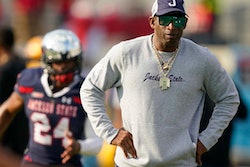