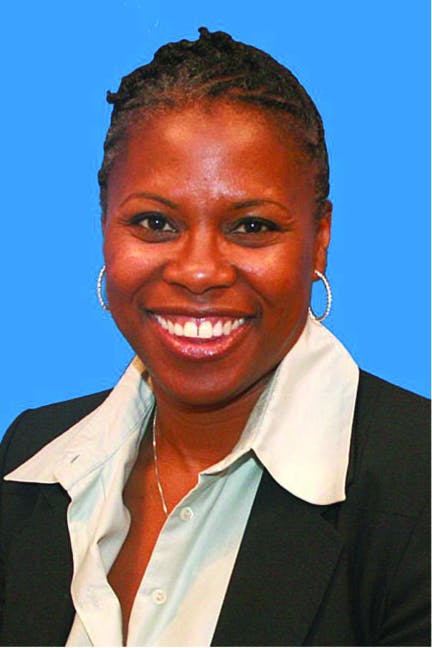 Jacqie Carpenter is the first Black woman to head the CIAA.

Though the position of Central Intercollegiate Athletic Association (CIAA) commissioner was filled as recently as last November, Jacqie Carpenter has had her sights on it for close to a decade.

In one of her first days as an administrator for the NCAA in 2003, the Hampton University alumna was asked about her dream job by her new boss.

“I told them I’d love to be a commissioner in a conference,” she said. “I had worked in the conference and at the institutions, but when I went to the NCAA, I got to see it from another perspective. I realized that although I loved working on the campus, I was more interested in working with a larger group of administrators.”

Little did she know, less than a decade later she would be named the conference’s first full-time female commissioner. Carpenter was hired in August and assumed her duties as head of the nation’s oldest HBCU conference Sept. 4.

“It’s humbling,” Carpenter said of her historic appointment. “We’ve got a lot of work ahead of us as a staff. Right now we’re trying to evaluate where we are and get to where we need to be, but I’m humbled to be in this position.”

Dr. Mickey L. Burnim, chairman of the CIAA Board of Directors, confirmed that Carpenter’s experience working within the NCAA definitely stood out on her resume.

“She is a very talented athletics leader who brings rich and varied experience and skills from years at the NCAA,” Burnim said. “We welcome her tremendous enthusiasm for the future of the CIAA. These are the principal reasons that the board chose her to lead our conference to a higher level of excellence.”

Carpenter’s personal history is deeply entwined with the conference she now heads. She went to Hampton to play basketball, despite the fact that all of the basketball team’s scholarships had been handed out, because she wanted an HBCU college experience. By the time the season rolled around, Carpenter found her way to the starting lineup.

Carpenter’s determination and willingness to contribute paid off big for the Pirates: they went on to win the 1988 NCAA Division II Women’s Basketball Championship.

After graduating from Hampton in 1991, Carpenter went into coaching. In the mid-1990s she worked under legendary Virginia Union Coach Dave Robbins. One of the players under her tutelage was Ben Wallace, who went on to become an NBA All-Star.

She later worked at Norfolk State and Morgan State before taking her position with the NCAA. Even then, HBCUs in general and the CIAA in particular were never far from her heart.

“I knew I wanted to come back to the HBCU experience, and the CIAA has always been home.”

So last fall when she heard the position of commissioner would be open, she began to put out feelers to see if the time was right and if she was ready.

“I had to ask myself, ‘Was I ready if the opportunity presented itself?’ I began to prepare myself just in case I had a shot. Before I sent my stuff in, I had already gotten calls and recommendations.”

Though she has gotten her dream job, Carpenter is not naïve to the realities of the position she has been awarded. This spring, several media outlets reported the CIAA faced a $500,000 deficit and is asked its member institutions to assist them in resolving the debt by paying $25,000 per school.

While she didn’t talk specifics, Carpenter did acknowledge the challenges that currently face the conference.

“At the NCAA we are recognized for the tournament,” she said. “It’s like a mini Final Four. The revenue is important because it needs to flow back to the institutions. We have to maximize our resources and revenue.”

“I’m hoping that in the next three years, the news media can say we are in a surplus.”

Carpenter talked about finding a balance between the entertainment aspect of the tournament and the tournament itself that will benefit the conference and the community at large. She also spoke about maintaining relationships left behind by her predecessor, Leon Kerry, as well as cultivating new sponsors.

Carpenter is also hoping for member institutions to host more NCAA championships on their campuses.

“A lot of our universities have great facilities. I would love to see us capitalize on that and host more championships.”

Above all, Carpenter said her focus is on the student athletes at the conference’s 12 schools.

“The student-athletes are our focus. I remember walking out into the Norfolk Scope and the Richmond Coliseum during the tournament and seeing a packed house. I hope all of our student athletes get that experience.”