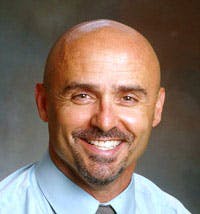 NCAA Division I football player graduation rates continue to fall behind those of full-time male students, according to the latest Adjusted Graduation Gap (AGG) Report, published by the College Sport Research Institute at the University of North Carolina at Chapel Hill.

The report released on Tuesday highlights three‐year AGG Averages for Football Championship Subdivision (FCS) and Football Bowl Subdivision (FBS) conferences, as well as conference AGGs for Black And White Football players in each subdivision, according to the institute.

“We now have three years of data that show NCAA D-I Football players do not graduate at rates comparable to full-time male college students at most NCAA Division I universities,”  CRSI Director and AGG Report co-author Richard Southall said in a statement.

The Pacific 12 scored the largest graduation gap among all conferences, with football players at its universities completing college at 27 percent below the full-time male students. The Mountain West Conference and Conference USA had the lowest gaps among the FBS conferences, at 13 percentage points.