New Report Calls for Increased Board Oversight in Intercollegiate Athletics

Today, the Association of Governing Boards of Universities and Colleges (AGB) released a report on board oversight in intercollegiate athletics and is calling for enhanced board involvement. Issuing the study at the Knight Commission on Intercollegiate Athletics meeting in Washington, D.C., the AGB is reinforcing its 2009 “Statement on Board Responsibilities for Intercollegiate Athletics,” which called for increased participation even before the Jerry Sandusky scandal at Penn State University shed light on the issue.

“Boards now need to know more than they have ever been asked to know, and to inform their policy actions by this knowledge,” John T. Casteen, director of the AGB Intercollegiate Athletics Project and President Emeritus of the University of Virginia, told Diverse. 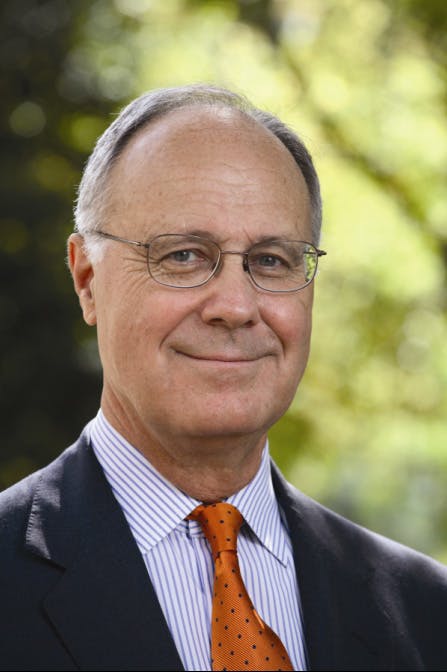 John Casteen is a longtime educator and former president of the University of Virginia.

“From here on, they must know enough (about intercollegiate athletics, the NCAA rules, their own policies, and conduct within their programs) to adopt and enforce clear and more intrusive policies than ever before.”

One-hundred-and-forty-three institutions responded to the survey, which was conducted before the revelations of the Penn State scandal. Of these, 53 are private schools and 90 are public. Over two-thirds of respondents had operating athletics department budgets of more than $40 million. The survey includes information from chief executives and board chairs of Division I institutions, as well as leaders of systems with institutions affiliated with Division I conferences.

“Most trustees already know that the year’s events in athletics go beyond what they are prepared to deal with.  Any president knows that Judge Freeh and the NCAA have laid down new dicta on their responsibilities,” said Casteen.

Overall five key findings were highlighted in the report. While 47 percent of respondents said their board has an illustrative policy like the AGB’s “Statement on Board Responsibilities for Intercollegiate Athletics,” 28 percent said their board has guidelines that include some of items in the AGB’s statement and about a fourth stated their institution has no such set up. About two-thirds of schools reported having a formal board policy defining the delegation of responsibility for athletics to the executive chief. “The challenge going forward will be for boards to know enough to shape sound policies in the context of Judge Freeh’s report and the NCAA regulations, and hold their presidents and athletic directors to account,” said Casteen.

About 69 percent of respondents said that their chief executive consults with them on major policy issues coming before their athletic conference’s governing body, while 27 percent answered no. Overall, the survey found that boards feel least prepared to oversee their institutions in terms of limited NCAA rules applicable to governing boards. When it comes to students, roughly 84 percent of boards said that they receive sufficient information to monitor the academic progress of athletes by team. Overall, a disproportionate share of problems boards face with intercollegiate athletics involve schools’ football and basketball programs.

Summing up a few recommendations, the study ended by noting that presidents must press boards to make the chief executive the officer in charge of athletics at an institution because athletics directors and coaches are too involved with booster groups and fans; presidents should also establish with the board the sort of information it should receive to gauge the institution and president’s performance. In addition, the study recommends that boards declare policies and set high expectations for good conduct in leadership. Lastly, the report suggests reinforcing the NCAA rule book on campuses and taking a stronger stance in addressing minor violations.

“The Golden Rule of good board conduct (in education, in business, even generally in government) is (always has been) noses in, fingers out,” said Casteen.