The ‘X’ Factor: Why female athletes are more likely to suffer career-ending injuries 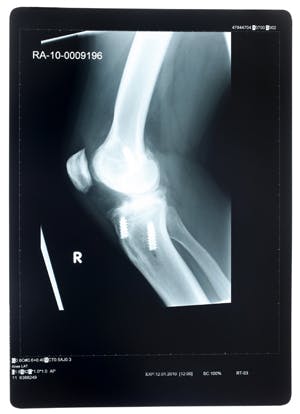 Female athletes are more prone to ACL tears than their male counterparts.

Imagine the scene: an athlete laid out on the floor in the fetal position with both hands clasped over her knee. Screams fill the air, and tears fall from her eyes as the pain is so intense that it almost defies explanation.

Sports have become an integral part of the developmental experience of many of today’s youth. Since the implementation of Title IX, more young girls and women have begun to play sports and see those sports as a possible career path. Tennis, basketball and soccer all have professional sports leagues for women, and many more sports offer women the ability to pursue their dreams through the highest levels of competition like swimming, gymnastics, track and field, volleyball, etc.

However, this increased participation in athletics has come with an increase in sports-related injuries. One injury in particular has been troublesome for women — the torn anterior cruciate ligament (ACL).

While many male athletes have torn their ACLs, it may come as a surprise that women are anywhere from four to 10 times more likely to suffer from the debilitating injury than their male counterparts. Six members of the 2012 gold-medal-winning U.S. soccer team have torn an ACL at least once, including Shannon Boxx, Megan Rapinoe, Heather Mitts and Captain Christie Rampone. WNBA Stars and Olympians Candace Parker, Tamika Catchings and Sheryl Swoopes have also torn their ACLs. This propensity toward torn ACLs in women has become a problem that has exploded over the past years as sports medicine and training have caught up to the number of participants.

“There is tons of research on this,” said Dr. Alice McLaine, director of athletic training education at Winthrop University. “The thing that we are finding is that there are still a lot of answers that we don’t have.”

There are many factors that make women much more susceptible to ACL tears —particularly noncontact tears — than their male counterparts. Noncontact ACL tears are much more common in sports that require jumping and pivoting. Athletes tend to do them more in the normal course of play or practice, and it is much harder to point to a reason why it happened. But for women, research suggests that they may be at a biological disadvantage.

“Anatomy is certainly a factor. Women’s knees have an extra Q-angle, and that has been shown to be a factor,” McLaine said. “There’s been research that indicates that hormonal influences may be a factor. The ACL has a receptor for estrogen. And we certainly know that strengthening programs and biometrics programs where we work on agility and coordination do help.”

Dr. Carol Ferkovic is a physical therapist at the Cleveland Clinic Sports Health and Orthopaedic Rehabilitation Center and an assistant soccer coach at the Beaumont School in Cleveland. “Females exhibit altered muscle activation patterns in the core and lower extremity versus males. These muscle activation patterns are further influenced by maturation. Female non-contact ACL risk increases through the adolescent years and peaks at age 16-17,” Ferkovic said.

Dr. C. David Geier, an orthopedic surgeon and director of the Medical University of South Carolina Sports Medicine program, said that there are a number of theories “but the one that seems to have the most credibility” is the difference in “neuromuscular patterns and activities in females as compared to males. … Female athletes tend to land with their knees fully extended and turn with their knees fully extended as compared to males who tend to land and turn with their knees bent.” The hyperextension of the knee means that the ACL is more likely to tear.

“Surgeries for reconstruction after the injury have really improved,” McLaine said, adding that prevention is key. “We know that strength is a factor, flexibility is a factor, kinesthetic sense is a factor. Keeping a good ratio of strength between the quadriceps and the hamstring does protect the ACL.”

But surgery has its drawbacks. Dr. Anthony Beutler, chief of the Injury Prevention Research Laboratory within the Department of Family Medicine at Uniformed Services University, said that surgery means “six to 18 months of rehab, a missed competitive season and all the pain and suffering that go along with that. Most elite athletes return to the sport OK, but [most] athletes often never go back.

There may be hope for athletes hoping to avoid surgery, though the outlook is grim. “There is a small population of athletes that can maintain an active lifestyle without an ACL,” Ferkovic said. “Some athletes are limited either by time (they need to have surgery in a certain timeframe to be ready for the next season) or by insurance visits and are not able to go through the classification system.”

But Beutler said completely avoiding surgery is probably unlikely. “If you are going to play cutting, pivoting sports, you need an ACL. And ACL tears do not heal.”

Popular prevention techniques involve emphasis on warm-up, stretching, strengthening, plyometrics and sport-specific agility exercises to address potential deficits in the strength and neuromuscular coordination of the stabilizing muscles around the knee joint. The study was conducted during the Fall 2002 NCAA soccer season and showed a 41 percent lower rate of non-contact ACL injuries. “Injury prevention programs cost money and time,” Beutler said. “It would be nice if we could screen out high-risk individuals and just intervene in them. But we’re not quite there yet.”

Geier said the exercises and prevention programs that help female athletes are fairly easy to learn; however, the trouble comes in the implementation. While the programs are not expensive and do not require a lot of equipment, Geier emphasizes the need for trained professionals to help make sure the athletes do the exercises correctly. He adds that the best programs “combine injury prevention with some type of performance enhancement like plyometrics incorporated into the program.”