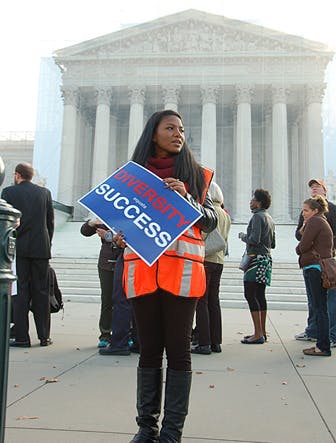 2012 was a tumultuous year in terms of higher education.

When historians review 2012 for its noteworthy moments, events and milestones, they will find the year was a trying one for the American higher education system, despite its being able to educate and enlighten thousands in search of more choices and preparation for adult self-sufficiency.

Many academicians and students worked for and celebrated the re-election of President Barack Obama to a second term. Obama’s re-election helped ensure higher education would continue having a strong advocate in the White House as the nation continues to navigate perilous economic waters that increasingly threaten public support for education. Also, Obama is expected to reinforce his DREAM Act agenda, building on his decision barring the deportation of undocumented immigrants who meet certain requirements outlined in the proposed DREAM Act.

This summer and fall, the Department of Education imposed tighter eligibility requirements for Parent PLUS Program (PPL) loan applicants, causing schools to lose thousands of students and millions of dollars in anticipated revenue in the fall. The policy was quickly waived in November, after numerous schools complained.

The nation marked the 40th anniversary of Title IX, which ensures equal opportunity for both sexes in intercollegiate sports. At the same time, appeals grew for higher education institutions to place more attention on the education of college athletes and less emphasis on how to monetize their talents. Spelman College decided to drop its intercollegiate athletics program in favor of spending that money on a campus-wide health and fitness program. Meanwhile, several other institutions reported steadily increasing athletic department deficits as they continued to be unable to draw big money from donors or sponsors or share in television game airing revenue since their games aren’t telecast.

It was a troubling year on the social behavior and morals front, as Florida A&M University (FAMU) and Penn State University, two icons in higher education, suffered through much of the year from continued fallout from the fall 2011 hazing death of a FAMU band drum major and disclosure in 2011 of a child molestation scandal at Penn State. The developments at those schools prompted many across the nation to reassess their practices and policies regarding conduct of employees and students. The FAMU ordeal cost university President James Ammons his job last summer, just as it had Penn State’s president in 2011.

Universities across the spectrum continued to wrestle with leadership voids and turf battles between trustees and presidents. Nearly 15 percent of the nation’s institutions of higher learning were on the hunt in 2012 for new presidents, including more than a dozen historically Black colleges and universities (HBCUs). By late fall, as the hunts began to fill some slots, others became open as presidents retired, were fired or did not have their contracts renewed. The most public leadership skirmish came at the prestigious University of Virginia, where a fractured board of trustees fired and rehired President Teresa Sullivan under enormous public pressure.

The debate over affirmative action and racial equality in higher education raged on in courthouses. The U.S. Supreme Court heard opening arguments in the sure-to-be-landmark Fisher v. University of Texas case. While Fisher challenges the merit of race as a consideration factor in admissions, a federal judge in Michigan struck down the state’s affirmative action ban, and the ruling is now on hold, pending a U.S. Supreme Court review. In Maryland, closing arguments were heard in a six-year case to determine whether the state met its desegregation obligations by making the state’s HBCUs “comparative and competitive” to Maryland’s majority institutions.

Dr. John E. Roueche, a highly influential thinker and teacher on community college leadership issues, stepped down from his post as director of the Community College Leadership Program at the University of Texas at Austin after 40-plus years of service. Roueche has moved on to National American University, a for-profit outfit, where he hopes to implement a similar program.

The year did have many a high note. There were graduations of thousands of first-generation college students. There were also “finish-line” milestones reached by many. It was certainly a noteworthy year.