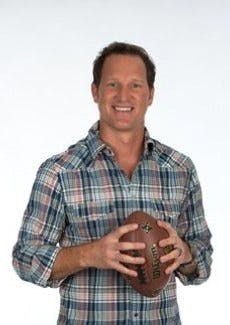 In just a few short years, social media have become the centerpiece at the table of intercollegiate athletics. Stakeholders are now examining how best to utilize and at times cope with entities such as Twitter and Facebook.

“I definitely think that social media have been a game-changer all across the sports landscape. No matter what position you’re in—whether you’re a player, a coach or a broadcaster like myself,” said Danny Kanell, a college football analyst for ESPN networks and host of ESPNU’s late-night show UNITE.

Kanell currently has more than 75,000 followers on Twitter with whom he interacts.

“People are not afraid to let you hear it if they disagree with you,” Kanell continued. “I don’t get offended easily.”

Alumni, fans and even donors are voicing their opinions online. Sometimes it’s appreciation for a great pass or a question about how a certain play is run, but as seems to be the way on the Internet, negativity gets the most attention. From a turnover to an interception to a disappointing loss, fans are utilizing social media platforms to let their opinions be known.

“When somebody gets foreclosed on because of social media, there are unfortunately times where you are driven to make a decision that perhaps 10 or 20 years ago without that social media you would allow it to ferment a little longer and hopefully you could find a way out of the rough and back into the fairway,” said White.

Although research for this article identified no specific examples of a coach being fired due to an uprising on social media, there were Web campaigns waged to fire college football coaches Ron Zook and George O’Leary. Across social media platforms there are often pages detailing the negatives of various coaches and encouraging a movement to action.

“It affects coaches as far as their perception of their job security,” said Kanell. “Definitely, athletic directors and boards of trustees pay attention.”

When contacted by Diverse: Issues in Higher Education to elaborate on what he said at the IAF, White confirmed, “Within the last decade, social media have played a more prominent role in decision-making within college athletics.”

White said the lack of accountability by fans who utilize social media can be problematic. “Often the conversation becomes irresponsible, if not personal,” he noted.

“Fans love to debate,” said Kanell. “They love to interact with other fans. What they love the most is interacting with the actual players they’re rooting for. A player sitting down to interact for 15 minutes goes a long way in the Twitterverse.

“The cons are some of the negativity that’s spewed,” he added.

One trend that seems undeniable is the impact that social media have on recruiting of student-athletes. At the recent NCAA conference, there was a panel titled Social Media and Student-Athletes, in which University of Washington’s manager of new media and recruiting services Daniel Hour said the university merged those two departments in 2010 and much of their social media activity has a recruiting purpose.

Even the NCAA utilizes social media to build enlightened interest in college sports.

“We want to build online communities around certain NCAA sports,” said Dana Thomas, associate director of social media, NCAA. “We like to educate and inform on some of the sometimes hard to understand NCAA issues that we have.”

A large part of the NCAA panel involved how to educate student-athletes about how to best use Twitter—the panelists agreed Facebook was rarely the problem. Don’t trash talk teammates or coaches, avoid profanity and carefully consider how comments and photos can be perceived. Some coaches ban the use of Twitter, calling it a distraction, but the panelists agreed that was unrealistic in the year 2013, especially when social media are what may have caused a student-athlete to sign with a school in the first place.

Monitoring of student-athlete tweets and ongoing discussion of how best to use Twitter to engage and not enrage are advisable. Institutions are also encouraging coaches to get on Twitter and interact with their constituents.

Just as it’s a learning curve for student-athletes and coaches, it’s also a work in progress for institutions. White said each institution must individually evaluate and then make decisions about how to respond to a negative groundswell generated on social media.

“Some places where there is a bit of a campaign that has been created, it might be in the best interest of your department or institution to disregard and/or ignore it,” White noted. “In other cases, it might make some sense to provide additional insight because, quite frankly, people on the outside, although they think they can call balls and strikes, don’t really have enough information and/or insight.”