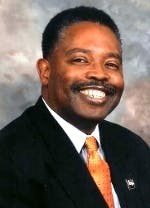 I grew up in the segregated South, more specifically North Carolina during the ’50s and ’60s. Separate but equal was the mantra of this time. Our schools and neighborhoods were divided along racial lines.

However, quite honestly, kids my age never felt like we were missing anything. Despite the social norms at that time, we had the one thing that trumped social norms, and that was love. Parents made you believe that hard work and a good attitude would take you a long way in life.

Education was stressed in every household. Parents and love providers back in the day believed that education would be the key that would open a lot of doors for us. My neighborhood in Winston-Salem, N.C. was educationally diverse. My high school English teacher lived next door, and an R.J. Reynolds Tobacco factory worker lived across the street from us. When walking home from school, it was pretty much a common practice for neighbors to ask us about school and if we had homework.

As young boys and girls, we never thought this was strange. This was just the way it was. When I tell students about this scenario today, they give me strange and pensive looks. I wonder why? There are multiple answers to this question, so just choose one.

As I and others my age came close to finishing high school, our thoughts turned to our post-secondary options. Many of us said that we would be attending college. The question wasn’t whether we were going to college, it was simply where we would be going to college. Mind you, those that were not going to college decided to get a factory job or join the military. All of us had goals and dreams and we knew at an early age that there were no shortcuts to success. In other words, we knew that we could not go to the drive-through window, ask for some success and presto it would be there!

During my days in parochial and public schools, there were “community people” who would come and talk to us. They would tell us what they did as their life’s work and how they became successful. Invariably during their visits, they would go around the classroom and ask us what we wanted to be when we became adults.

One of my friends said, “I want to be a doctor.” Another of my classmates said, “I want to have a business.” My earliest recollection of what I wanted to be was that of a fireman. Why? Maybe it was because near my house in East Winston, there was a fire station. I would from time to time see these Black men on their fire truck and was impressed by it. However I didn’t know all of the rigors of the job. Being a firefighter is a highly skilled profession, and I have the utmost respect for them.

Since I have membership in the “old school” club, I realize how much times have changed. For example, a while back Caleb, my grandson, told me that he wanted to play in the National Basketball Association. Obviously, he knew about the NBA because of its popularity. While he has some basketball skills, his answer to me now is that he wants to be an engineer. Could it be the direct and personal conversations that I have had with him and my own experiences as a student-athlete at the college level? I hope so.

I met Dr. Martin Luther King Jr. in 1967 while I was in college at Johnson C. Smith University in Charlotte, N.C. Dr. King had come to our campus to talk about the social conditions of the day. Suffice it to say that we knew who he was and his message had an impact on us.

After the assembly program, I had a chance to shake his hand. This was truly a defining moment in my life. As we know, the following year, he was killed by an assassin’s bullet.

We celebrated the King holiday last month. This nation paused to reflect upon his vision of hope and equality for all of us. King said, “I have the audacity to believe that peoples everywhere can have three meals a day for their bodies, education and culture for their minds and dignity, equality, and freedom for their spirits.”

It is my opinion that there are too many valleys of despair in this country that need our undivided attention. We live in the land of the free and the home of the brave, yet some of us still live with the shackles of hopelessness around our necks. It is my strong belief that we are our brothers’ and sisters’ keepers. That view is shared by a lot of us.

The question posed by King and reaffirmed by others is, “What are you doing for others?” The aforementioned statement is not necessarily defined in financial terms. Sometimes a good word or a helping hand can make a big difference in a person’s day and/or life. How an individual feels about himself or herself can determine his/her level of hope and resolve.

As we celebrate Black History Month, it is my hope that we intentionally talked with some young people about King. While it is an overused axiom, our children represent the future. It is as true now as it was years ago when we were children. All of our institutions must have children and young adults on our radar screens. MLK Day should have been a starting point for us to begin our opportunity to help our young boys and girls to become successful.

Remember that King said, “Everybody can be great because anybody can serve. You only need a heart full of grace. A soul generated by love.”

Dr. James B. Ewers Jr. is a higher education consultant.