Florida A&M Law School Warned it is not Meeting Standards 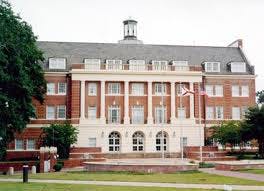 Florida A&M officials have been asked to submit a report by May that shows the university is complying with accreditation standards.
TALLAHASSEE, Fla. — Embattled Florida A&M University has been warned that its decade-old law school is not meeting the standards it needs to maintain its accreditation.

It’s yet another blow for the university, which is already on a year-long probation due in part to the hazing scandal that surrounded the November 2011 death of drum major Robert Champion.

The American Bar Association this week sent a letter to FAMU officials detailing problems it found with the law school based in Orlando.

The accreditation committee questioned whether FAMU was doing enough to prepare students for the exam needed to get a law license. The 31-page report points out that 30 percent of the students admitted either do not graduate the school or do not pass the bar exam.

University officials have been asked to submit a report by May that shows the university is complying with accreditation standards.

The warning letter was not totally unexpected, since a preliminary report was released last September.

FAMU officials stressed on Friday that they’re already taking steps to respond to the criticism by hiring additional staff and putting in place new programs to prepare students for the bar exam. The law school has also revised promotion and tenure rules for the faculty.

“It’s not like we have been waiting for the sky to fall,” FAMU interim President Larry Robinson said.

Still, Robinson pointed out that the law school remains fully accredited and that university officials were taking the latest report seriously.

FAMU had a law school up until the 1960s, but the historically Black university was forced to shutter it after state legislators shifted funding to a new law school at nearby Florida State University. Decades later, a coalition of Black and Hispanic legislators led the charge to restore FAMU’s law school and to create one at Florida International University in Miami.

The law school was placed in Orlando instead of FAMU’s Tallahassee campus in order to bring a public law school to an underserved urban area.

The College of Law has about 630 students, although the school’s dean acknowledged that its enrollment could go down in the coming year. Dean LeRoy Pernell said that applications for next year are down about 35 percent although he said FAMU gets the bulk of them this time of year.

The entire university was placed on probation last December by a regional accrediting organization. The university has one year to prove it is turning itself around, or it could have its accreditation revoked by the Southern Association of College and Schools Commission on Colleges.

If accreditation is revoked, students won’t be eligible for federal financial aid.

FAMU was faulted on several fronts, including the integrity of the institution, because a former top auditor submitted false audit summaries to its board of trustees. The university was also questioned about the safety of its students in the wake of the Champion’s death. Additionally, the accrediting body also cited lax financial oversight after state investigators concluded that the university did not keep track of expenses and finances for the Marching 100 band.

FAMU has taken a series of steps to combat hazing since Champion’s death. The Marching 100 band remains suspended and the university has not yet announced a timetable for its return.