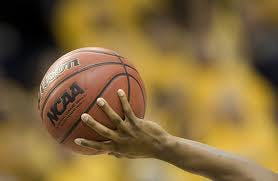 The Graduate Success Rate for African-American male basketball student-athletes in the NCAA Division I Men’s Basketball Tournament rose from 59 to 65 percent from 2012 to 2013.

Graduation rates for athletes competing in the NCAA Division I Men’s Basketball Tournament rose significantly over last year, and gaps along racial lines narrowed slightly, but not nearly enough to declare a victory over disparities in academics.

That was the heart of the message that a leading collegiate sports scholar delivered Thursday during what has become a pre-March Madness routine for the annual release of a report meant to call attention issues of academic equity.

Dr. Richard Lapchick, founder and director of the Institute for Diversity and Ethics In Sport, or TIDES, at the University of Central Florida, said the “good news” from his new report — titled Keeping Score When It Counts: Graduation Success and Academic Progress Rates for the 2013 NCAA Division I Men’s Basketball Tournament Teams —  is that the overall Graduation Success Rate, or GSR, for male basketball student-athletes increased in 2013 to 70 percent from 67 percent last year.

Though the gap is three percent lower than it was last year at 28 percent, “that’s still a huge issue,” Lapchick said.

He lamented other statistics in the report.

Other findings of the report include:

n    The percentage of teams with GSRs below 40 percent decreased to six percent (four teams) in 2013 from last year’s rate of seven percent.

As in previous years, Lapchick made his remarks during a press call with U.S. Secretary of Education Arne Duncan and Ben Jealous, president and CEO of the NAACP.

They were joined by Tom McMillen, a former Maryland Congressman and University of Maryland basketball star who is now a member of the Board of Regents for the University System of Maryland.

Lapchick attributed this year’s improvements to Duncan’s ongoing efforts to shine the light on the graduation rate of student-athletes.

Duncan attributed the improvements to a stricter set of criteria developed by the NCAA to determine tournament eligibility.

The criteria, known as the APR — or Academic Progress Rate — is a four-year average of academic performance that rewards student-athletes for remaining eligible, as well as continuing their education at the same school, according to TIDES.

The NCAA recently voted to institute a stricter APR policy that will require teams to have a four-year APR above 930, which is equal to a 50 percent graduation rate, to qualify for postseason participation the following year, according to the NCAA.

“Having teams lose ability to compete sends a clear and compelling message to coaches and athletic directors,” Duncan said. “When incentives changed, people woke up to the reality of what was really important.”

“The issue here, as it always is, is that this comes down to leadership,” said Jealous of the NAACP. “When a coach prioritizes the entire student-athlete, students succeed. When coaches focus on the athletic part of the equation and neglect the student part of the equation, frankly, they let down the very team they have been hired to guide and to lead.”

McMillen, the Maryland regent, said the vast majority of incentives in coaches’ contracts favor athletics over academics, at a rate of 11 to 1, and that there is a need for a greater balance. He based his assessment on a review of 50 or so contracts for collegiate basketball and football coaches.

“Many contracts have academic incentives is good news,” McMillen said. “But bad news is they are diminished compared to athletics.”

Duncan said college trustees and presidents should work to incorporate a stronger emphasis on academics in future contracts for coaches.

“It will take courage and leadership and willingness to engage and inform ourselves of the facts and challenge the status quo and lead with a different set of values and guiding principles,” Duncan said. “The vast majority of coaches absolutely want to do the right thing. But today the incentives are all wrong.”