Monetary Investment in ‘Student-Athletes’ Suggests Label Needs to be Reversed 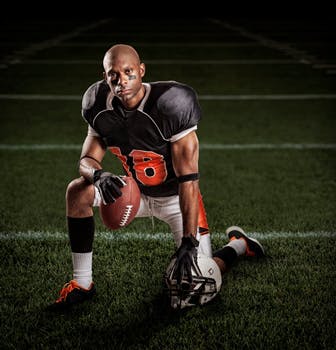 There’s an irony within the term “student-athlete.” Defined differently depending on the circle in which the term is discussed, it causes confusion among those who refrain from asking questions and is defended to the end by those with something to lose. With the term student in front of the word athlete, it connotes the assumption that the student does indeed come first. But the NCAA and its conferences have to continually dispute numbers that attempt to blow that assumption out of the water.

Athletics presents itself as an in, an avenue for many to have their education paid for and their futures lifted of the added pressure of paying back the government over a course of years, due to the burden of loans on their backs. It’s an escape few get a chance to enjoy, but those that do take full advantage of it.

The average difference between spending on an individual student and an athlete among the big six conferences—SEC, ACC, Big 12, Big 10, Big East and Pac-12—is $104,270, with the SEC leading the way with a $150,541 difference.

It is no surprise that the SEC is tops. Boasting the undisputed best football conference in America along with a steadily competitive, championship-caliber basketball conference, those two money vacuums need money fed back into their cash cows, and they are willing to do so to stay in their perch.

But solely looking at the financial differences without educational context will cause the same jump-to conclusion that many casual fans tend to do when those numbers are learned. It isn’t black and white, and the NCAA will divulge just enough information to protect itself from an already distorted narrative.

“The collegiate model is entirely student-centered,” says Jenn Fraser, director of NCAA academic and membership affairs, during a webcast. “Intercollegiate athletics is not a separate entity that stands alone.”

The limelight will forever be shown on the two showcase sports of collegiate athletics: football and men’s basketball. It is within the arena of both of these sports where the student-athlete battle wages its most difficult wars.

On one hand, outsiders see when the University of Kentucky’s basketball team sends six players to the first round of the NBA draft without any of them touching a degree. Or when the University of Alabama’s football team sends seven to 10 players to the NFL in one given draft, seldom with the name “senior” attached. It’s hard to go against what one sees until the NCAA—which it is known to do—defends itself.

“The mission of any university is to educate across spectrums in a wide variety of ways,” Fraser says. “And like any other outside-the-classroom learning activity, intercollegiate athletics is one way for student-athletes to grow and develop.”

On Oct. 25, 2012, the Associated Press printed a story revealing findings that stated the graduation rates of the top 25 ranked football teams at that time were improving. The SEC—which has taken a large portion of the criticism due to its athletic department spending—fared quite well in terms of its teams graduating their players.

Powerhouses like Alabama (75 percent), the University of Florida (75 percent), Louisiana State University-Baton Rouge (77 percent) and the University of Georgia (69 percent) ranked among the top in the country within the proverbial “football schools.” They were out of the reach of Rutgers and Stanford, which stood at 91 and 90 percent, respectively, but to consistently lose players to the NFL draft, graduating three-quarters of your players is quite the feat.

“The entertainment college athletics may provide to a wider audience is an ancillary benefit,” Fraser says. “Our goal is to enhance the academic mission of our member schools, not to supersede it.”

The money spent on students seems to have a defense. If the athletes are graduating at a relatively high rate, then the amount of money spent on their respective programs is perhaps merited. But one thing the NCAA cannot control is spending by its institutions on non-student hires, such as high-priced coaches.

During the NCAA’s annual meeting in Texas on Jan. 15, John Dunn, president of Western Michigan University, spoke on the rising inequality of college athletics and questioned the spending practices of some of the larger institutions.

“How many sport video analysts do you really need?” Dunn said to the Associated Press. “How many assistants for a coach—not assistant coaches, [but] assistant office personnel—to keep his life straight?

“While the NCAA wants to avoid being overly intrusive, they have never had a problem saying there should be X number of coaches and X number of scholarships awarded. Why not also govern how many ancillary personnel you can have?”

Alabama head coach Nick Saban made $5.32 million in 2012. His team has won three of the last four national titles, and his graduation rate is 75 percent, even though he is sending players to the NFL draft each season.

Is he doing his job? His players are graduating if that’s what they want, and if they aren’t, they are headed to the professional ranks of their sport while producing revenue for their institution. It’s a double-edged sword. Schools get what they pay for, and, if Saban and other coaches like him are finishing what they start, the argument against the actions of the schools loses traction.

In fact, out of the 2005-2006 football and men’s basketball freshmen classes, more than 70 percent left with their degrees. That number was a first in the 11 years since the annual Graduation Success Rate started being released.

What does that say about the student-athlete? It makes it seem like the athletes—except for the special ones whose careers were going to be in athletics anyway—use their scholarships for what they were meant to be used for, and that’s paying for college.

“While there remains much work to be done, we are happy to say that today’s student-athletes graduate at a higher rate than the general student population,” says Stacey Osburn, associate director of public and media relations for the NCAA, during a webcast. “And that has been the case for many years as we’ve collected and gathered academic data from both the federal rate and our academic progress rate.”

That standard of graduation hearkens back to the majority of college athletes being on scholarship, so not completing their education for financial reasons is not an excuse; nevertheless, it stands as one of the primary reasons the NCAA uses in defending its participating institutions’ spending on athletes over non-revenue-generating students.

With numbers continuing to back up its academic mission and the steady improvement of its institutions in the arena of graduation rates and retention, the NCAA can allow its financial proceedings to continue to be used in an attempt to disregard its mission. But in the long run, as long as it has the academic defense, the court of public opinion will stand moot in its urgency to balance out the spending of the major conferences on their athletes over their other students.