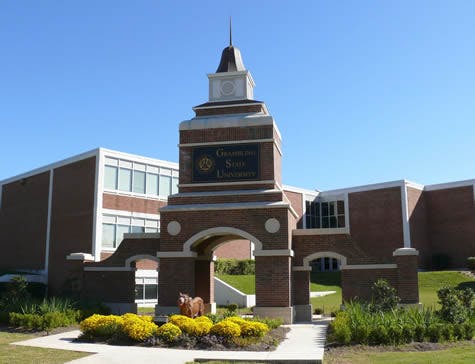 BATON ROUGE La.—Grambling State University’s president said Tuesday that a nearly weeklong boycott by the university’s football team has drawn awareness to the campus’s financial struggles and drummed up interest from donors around the country.

“It’s a rarity for any athletic team to come together to abandon their commitment to an institution by walking off the field. It’s a very unique experience. But we’re using this as an opportunity of learning, a teachable moment,” President Frank Pogue told the University of Louisiana System board that oversees the historically Black college.

Pogue said he’s used the national attention Grambling has received as a way to highlight campus academic and facility needs and that the complaints lodged by football players about inadequate facilities are symptomatic of larger financial troubles on campus.

The university, like all public colleges around Louisiana, has been hit with repeated budget cuts from the state since 2008. Lawmakers and Gov. Bobby Jindal have stripped $690 million in state funding from higher education, a 48 percent reduction. Tuition increases have only partially filled the gap.

Pogue said Grambling’s state financing has been slashed 57 percent, and he said that fell on top of disparities in funding that already exist across the nation for historically Black colleges and universities.

“If you want to be helpful to Grambling, write a check,” he said.

University of Louisiana System President Sandra Woodley said Grambling’s financial woes are worst in the nine-campus system because the school had fewer reserves to plug budget holes, no large endowments to tap and a small student body.

“The financial situation at Grambling is severe,” she said.

Meanwhile, a backlog of deferred maintenance on the state’s college campuses has reached $1.8 billion, with only modest state funding allocated to chip away at the list and all of the campuses competing for the limited funds.

Grambling’s players staged the boycott which is over now because of many issues with university leaders, including the school’s rundown facilities, long bus trips to road games and coaching changes. The players have returned to the field and are expected to play this weekend, but only after forcing the university to forfeit its game against Jackson State last Saturday.

Pogue said the walk-out was prompting Grambling to do a comprehensive review of its academic facilities, student services, athletics and financial needs.

He said he’s already received hundreds of emails and phone calls from alumni and business leaders offering support. Donations weren’t pouring in yet, but Pogue said he’s telling people the best support they can give is a financial contribution.

Woodley said she was hopeful the state’s funding for higher education was stabilizing, but she said the UL System didn’t have new funds to offer as a quick fix for Grambling. She said her office will work with Pogue on the campus-wide financial review, with an eye toward finding ways to increase private donations and negotiating more dollars for athletics.

“This challenging week has sort of awakened alumni all over the nation who care very much for Grambling and for Grambling students, and the fundraising is starting to increase. We are hopeful that some additional private money from those who care about the plights of Grambling will come in to help us with some of the issues,” Woodley said.