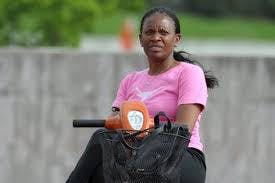 Bev Kearney resigned Jan. 5 as Texas was preparing to fire her for an inappropriate relationship with one of her athletes in 2002.

Kearney attorney Derek Howard said his client sued in Travis County District Court. Kearney, who is Black, resigned Jan. 5 as Texas was preparing to fire her for an inappropriate relationship with one of her athletes in 2002.

Texas later revealed that assistant football coach Major Applewhite, who is White, was allowed to keep his job after having an inappropriate relationship with a student trainer on a bowl trip in 2008.

Kearney’s suit seeks $1 million in damages for lost and future wages, mental anguish, court costs and loss of enjoyment of life. She was Texas’ first and only Black head coach in any sport.

Texas said it was reviewing the suit and would respond through the proper legal channels.

“Ms. Kearney was a coach with some admirable qualities who brought success to our women’s track program, overcame great challenges, and contributed to the campus community,” Patti Ohlendorf, university vice president for legal affairs, said in a statement.

“It was evident that Ms. Kearney displayed a serious lack of judgment by having an inappropriate, intimate, long-term relationship with a member of her team,” Ohlendorf added. “The team member later reported it to university officials who pursued all appropriate action.”

Kearney’s suit, meanwhile, alleges that a high-level university administrator had a relationship with a subordinate, but doesn’t identify the person, saying only that it was “a prolonged intimate relationship of approximately three years” and that it’s ongoing.

The 12-page suit claims “other university employees (all of whom are White males) have been involved in relationships with students or direct subordinates and have not been subjected to termination, let alone any meaningful disciplinary actions.”

The suit says knowledge of such past relationships was “quietly disregarded and swept under the rug.”

The suit largely mirrors a federal and state racial and gender discrimination complaint Kearney filed in March, opening the door to sue the university.

Kearney, who was hired at Texas in 1993, had been recommended for a large raise until the relationship was reported to the school in October 2012 and she was suspended last November.

Although Kearney and the school described the relationship as consensual, and Kearney says she was open about it when asked by school officials, Texas officials said they could not condone a coach having a relationship with an athlete.

In Applewhite’s case, he was reprimanded in 2009 by athletic director DeLoss Dodds, and his pay was frozen for a year.

His relationship with the student trainer wasn’t publicly revealed until 2013. A former Texas quarterback, Applewhite was the Longhorns’ running backs coach and in his first season with the team in 2008 when Texas went the Fiesta Bowl. He is now Texas’ offensive coordinator.

Applewhite has said the relationship was a “one-time” occurrence.