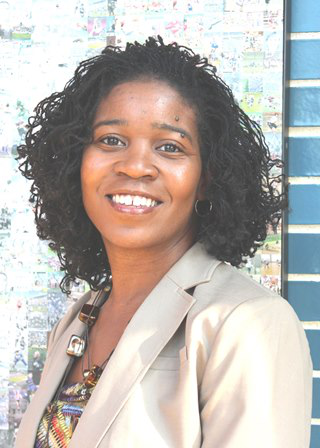 Wendy Walters turned a temporary internship with the NCAA into her current director’s role.

Growing up in Rochester, N.Y., in the 1980s, Wendy Walters was drawn to athletics and didn’t let unequal opportunities for girls hold her back.

As a youngster in seventh and eighth grade, Walters was among a few girls who challenged the gender restrictions of the Catholic Youth Organization, a church-based sports and recreation association.

“The only sport they had for girls was cheerleading; so a few of us girls decided we would try out for the boys’ basketball team,” recalls Walters. “One girl actually made it onto the team,” ultimately pushing the organization to start a girls’ basketball team.

Walters’ success as a middle school activist of sorts taught her that barriers, even institutional ones, can be broken. Today, she is director of Membership Services and Student-Athlete Affairs – Infractions Appeals Committees with the National Collegiate Athletic Association. She is among a small group of women of color in the upper echelons of the NCAA headquarters in Indianapolis.

“I created this opportunity for me,” says Walters, who began her career with the NCAA more than 14 years ago. With a B.A. from the University of Rochester and a law degree from Chicago’s Loyola University, Walters worked three years for Legal Assistance of the Finger Lakes (LAFL) in Geneva, N.Y., providing free legal services to parents under age 21. When state budget cuts eliminated her job, Walters, still hoping to combine her two interests of law and sports, applied for legal positions in the NCAA. She didn’t get those jobs, but she was offered a temporary internship. Walters accepted it, along with the pay cut that accompanied it. “I wanted to get into athletics, so I knew that, once I got in the door, they would see that I could do the work, and I could parlay that into a full-time position.”

Her confidence paid off. It took Walters just four months to land a staff position. Her background as an attorney and her love of sports helped her ascend the ladder quickly to associate director, and, in 2004, the NCAA announced her promotion to director of membership.

Walters soon saw a need for a unit to handle infraction appeals and suggested a solution. “I’m always looking for efficiencies and effectiveness,” she says. “So I wrote up a proposal … the proposal wasn’t accepted for the creation of a new department, but I had a back-up plan.”

That plan resulted in her having what she laughingly calls “one of the longest job titles in the NCAA.” One of Walters’ major projects, which she helped to develop, is the NCAA’s Accelerating Academic Success Program, launched in June 2013, which provides grants totaling $4.8 million to assist Division I institutions, including HBCUs and Hispanic-serving institutions, in developing initiatives to improve academic success among student athletes. The recent recipients are the HBCUs Coppin State (Md.), Jackson State (Miss.), Norfolk State (Va.) and Tennessee State. Cal State Northridge and Morehead State (Ky.) also received grants, each totaling between $300,000 and $900,000 allocated over three years.

Prior to launching the program, Walters and her staff examined research that indicated that a lack of resources often affects academic success of students. “It’s an extremely important program,” says Walters. “This is a lot of money that can have really good impact on the students.”

She adds that, within a few months of the program’s launch, she began hearing positive feedback from the schools, including athletes having additional tutoring, faculty mentors and renovated academic work centers.

The other portion of Walters’ job is oversight of the infraction appeals committee for Division I, II and III institutions that have been found in violation of major infractions of NCAA rules, such as recruiting violations and academic fraud. Her committee’s rulings are made public and posted on the organization’s website. Walters reports directly to NCAA executive vice president Bernard Franklin, a former president of three HBCUs, whom she credits with having a commitment to helping institutions improve athletes’ scholarship and success.

Although Walters’ rise within the NCAA has been notable, she cautions that “there’s still a lot of work to be done.”

Walters commends the NCAA’s gender equity initiatives, which include training for women aspiring to athletic director and other leadership positions throughout the industry, and the addition of more women and women of color in executive positions within the NCAA in recent years.

Young women seeking to carve out careers in the collegiate athletic industry might do well to emulate Walters’ common sense methodology: “I always try to do the best I can at everything, and I try to do it better, and smarter, than it was done before. “