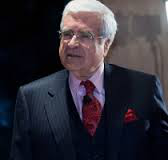 New York University professor Arthur Miller says his group’s goal is to “breed leadership and respect and civility” in sports.

MIAMI ― In the wake of the Miami Dolphins’ bullying scandal in the NFL, the New York University sports and society program proposed a range of initiatives Tuesday for youth athletics to combat intolerant behavior in sports.

The NYU program issued a white paper Tuesday examining the problem. Work on the paper began after Miami Dolphins owner Stephen Ross, a school alumnus, approached law dean Trevor Morrison in December to discuss ways to increase civility and respect in sports and society at large.

“We must work together toward a culture of civility and mutual respect for one another,” Ross said in a statement. “Something needs to be done so that every man and woman, young and old, can participate in sports on all levels and find a positive and meaningful experience. We will use this opportunity to make a positive change.”

With Ross’ support, bills have been introduced in the Florida House and Senate that would mandate education on bullying and call on athletes to take a pledge not to harass each other.

The NYU white paper was written by professor Arthur R. Miller and other faculty who are members of the sports and society program.

“Bullying in sports is only one aspect of a larger phenomenon of harmful behavior in many spheres of society: schools, workplaces, social, and community settings,” the paper said. “Although many government, educational, and other social institutions have done some work to curb bullying behavior in their ranks, these efforts often are not coordinated or comprehensive enough to change the existing culture.”

The paper proposes a youth education initiative to combat racism and other forms of intolerance in sports and to promote a culture of respect.

An investigation for the NFL determined Dolphins guard Richie Incognito and two other offensive linemen engaged in persistent harassment of tackle Jonathan Martin, another offensive lineman and an assistant trainer. Ross said the scandal motivated him to seek ways to address the problem of bullying in society.

Speaking to reporters for the first time since the release of a report on the investigation’s findings, Ross declined to describe his reaction to them. He said he hopes to meet with Martin, who wants to continue his NFL career but isn’t expected to play for Miami in 2014.

“The lawyers are trying to arrange the meeting, which should take place relatively soon,” Ross said. He said Martin is also eager to meet.

Among the measures proposed in the NYU white paper are:

· The development of a curriculum to educate young athletes, coaches and parents on respectful conduct.

· A uniform code of respectful conduct for all levels of youth athletics.

· A pledge in which sports participants on all levels commit, on a recurring basis, to treat others with respect, identify bullying and speak out against it.

“We’re trying to provide some potential solutions,” Ross said. “We hope to make it much more of a national effort. How can anybody be against it, is what it really comes down to. It’s for the good of everybody.”

NYU hopes to hold a summit of high school athletic directors and coaches this spring on the issue of bullying.

“We want to figure out, through coaches and through the culture of the locker room, how we can breed leadership and respect and civility ― not hostility, not racism, not homophobia,” Miller said. “How do we turn that culture around?”