Transfer Numbers Are Up for College Basketball 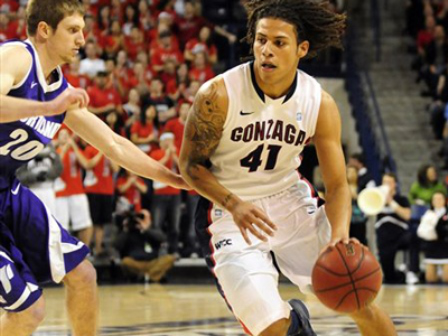 DES MOINES, Iowa (AP) – One of the more remarkable aspects of Connecticut’s national title run was that potential star Rodney Purvis could only watch his Huskies’ teammates because of NCAA rules forcing transfers to sit out a year.

“He’s like a Ferrari sitting in the garage that I can’t drive,” UConn coach Kevin Ollie said.

Ollie isn’t the only coach watching their rosters fill up with players who have already made at least one stop at another college.

A recent surge in transfers has turned the once-sleepy late signing period, which this year started April 16 and runs through May 21, into a monthlong frenzy that has changed college basketball. According to STATS, the number of players who have appeared in a game for more than one Division I school has nearly tripled over the past decade, from 122 in 2004-05 to 325—or one for nearly every school in the country—in 2013-14.

“It used to be that there was a stigma of some type attached to schools that recruited outside of the high school ranks,” San Diego State coach Steve Fisher said. “You were not considered able to compete with the blue bloods. Well, now the blue bloods recruit transfers. They take one-and-dones. They take guys who have graduated and have one year left.”

The result is that the college hoops transfer market has exploded. For recent grads looking for one last shot at the Final Four, disgruntled players looking for more minutes and junior college stars hoping to land a high-major scholarship, the late signing period offers hope—for players and their new schools.

Research by the NCAA shows that the number of transfers from two-year/junior college schools into Division I has remained steady over the last 10 years or so, hovering between roughly 15 percent and 17 percent of all Division I players.

The real movement, though, is within Division I.

According to STATS, the number of transfers from one Division I school to another jumped from 259 to 325 from 2012-13 to 2013-14 alone. That number could go much higher once this year’s transfers are tallied.

“A lot of times kids aren’t transferring or leaving because of the environment they’re in,” Florida coach Billy Donovan said. “It generally comes down to one thing, and a lot of times it’s playing time. Kids now want that instantaneous success.”

Negative connotations once associated with transfers have faded, and the use of the graduate transfer rule made popular by Super-Bowl winning quarterback Russell Wilson is growing. Wilson left North Carolina State and led Wisconsin to the Rose Bowl as a “one-and-done” senior.

The rule allows immediate participation to players who have graduated with a year of eligibility left, had yet to use a transfer and had their scholarship or aid run out at their original school. Those who don’t meet all the criteria can apply for a waiver.

Though grad transfers still represent a small portion of the transfer market, Iowa State’s DeAndre Kane highlighted the trend this season in basketball by leading the Cyclones to their first Sweet 16 in 14 years.

“I just wanted to go somewhere where I can start over fresh,” said Kane, a transfer from Marshall. “I (had) one year of basketball left. Marshall and I, we did great things there. But we didn’t win a lot. I had a lot of individual awards. But I wanted to make the tournament.”

More high-profile schools are also getting in on the transfer craze.

Donovan, who went 13 years without a transfer, has had one in each of the past five seasons. Arizona transfer guard T.J. McConnell helped the Wildcats spend much of last season ranked No. 1, and Mississippi State transfer Rodney Hood averaged 16.1 points a game for Duke last season.

Dayton’s run to the Elite Eight was sparked by Ohio State transfer Jordan Sibert. The Buckeyes landed former Temple forward and graduate transfer Anthony Lee just weeks after losing to the Flyers in the NCAA tournament.

The NCAA said Friday that its Division I Board of Directors next week will look at so-called hardship transfers involving players who change schools citing “difficult life circumstances.” Typically, some of those players have been allowed to play immediately but the board will review a recommendation that such transfers sit out a season to focus on their new school and life situation while getting an extra year added to their eligibility.

The NCAA said the change would provide consistency and reduce concerns about abuse of the waiver process – something that’s on the mind of Michigan State coach Tom Izzo.

“It’s sad that we’re in that position,” Izzo said. “I understand it and everyone wants one. If it’s a fifth-year guy, I swallow it. But the underclassmen who are transferring and trying to be eligible immediately, I think it’s free agency and I think it’s going to hurt our game eventually.”