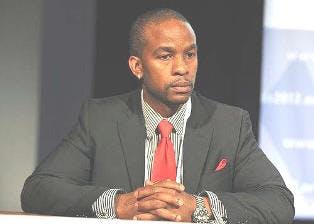 Wade Davis II, director of the You Can Play Project, says it’s not uncommon for gay athletes to come out to his or her coaches and teammates and it not become an issue.University of Missouri defensive lineman Michael Sam hopes to hear his name called as one of the 256 players selected in the NFL Draft, which began Thursday night. That would be historic as Sam could go on to become the first openly gay player in the league.

While Sam’s journey has been well-chronicled and publicly supported, experts say collegiate athletes are often at a loss when it comes to LGBTQ outreach and education. Among the reasons cited are that campus climate discussions usually do not include athletes when issues of Lesbian, Gay, Bisexual, Transgender and Queer (LGBTQ) inclusion arise as some refrain from getting involved for reluctance of being “outed” and its potential ramifications.

“The sports environment is very closed off,” said Wade Davis II, director of the You Can Play Project (YCP). “Most people who are athletes do not have access to LGBT spaces and are therefore forced to function in the stereotypical roles of athletes.”

Among other athletes who recently have come out in either college or pro sports are Jason Collins of the NBA’s Brooklyn Nets, Britteny Griner of the WNBA’s Phoenix Mercury, and University of Massachusetts basketball player Derrick Gordon, the first openly gay player in NCAA Division I men’s basketball.

Davis told Diverse that his organization and others exist to help better support LGBT athletes. Although the NCAA has made progress in promoting a positive environment on campuses through its Office of Inclusion and the professional sports leagues have their own initiatives, Davis said more could be done in regard to identifying trends, clarifying misconceptions and highlighting challenges the student-athletes could face in professional and collegiate athletics.

For example, Davis says that it is fairly common to play sports as an LGBT athlete without incident.

“(Sam’s) story is rather typical in telling just his teammates and coaches initially,” said Davis, who retired from the NFL in 2003 and spoke out in 2012 on his experience of being closeted and gay in the league. “There are many players who are out to their teams and being embraced, co-existing as athletes with little to no issue. There are a lot more of these instances than is normally reported.”

Campus Pride is an organization that conducts research on campus-climate-related LGBT-friendly colleges, provides data that list higher education institutions that are inclusive, and works to create a safer college environment for LGBT students. Executive Director/Founder Shane Windmeyer noted that the NCAA has been supportive and suggests that its interest in data on LGBT athletes is to justify an expansion in resources and services on college campuses.

“The NCAA, through their diversity and inclusion office, has been very helpful in trying to get Campus Pride’s name and programs out there and have done some panels with other coalition partners and contributed financially to the Campus Pride Sports Index that will be launched in 2015,” said Windmeyer.

For LGBT athletes, their experiences are documented and Campus Pride provides colleges with resources to create more inclusive athletics departments. One of Campus Pride’s programs is “The Out to Play Project,” which is designed to address anti-LGBT slurs, bias and conduct in college sports through research and education and determines how LGBT-friendly colleges are classified. As part of the national initiative, Campus Pride released the first-ever LBGT-friendly “Top 10” in college athletics in partnership with Compete magazine in 2012.