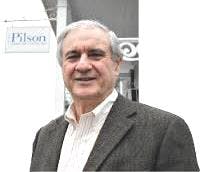 Neal Pilson, former president of CBS Sports, said paying athletes for the use of their names and images would change the way college sports are perceived by the general public.OAKLAND, Calif. ― A former president of CBS Sports says he fears the popularity of college sports would suffer if athletes receive money to play because fans enjoy the concept of young people playing sports for the love of the game.

Testifying in a landmark antitrust case brought against the NCAA, Neal Pilson said giving athletes money for the use of their images on television broadcasts might also set off a “land rush” among conferences and schools to spend whatever is needed to attract the best football and basketball players.

“I have a substantial concern it would change the fabric of the sport,” Pilson said. “A significant number of people in the public see one concept of college sports being that young people are playing for the joy of the game would convert into a sense that, well, this is just another professional sport.”

Pilson, who said he spent 20 years trying to figure out what sports the American public wanted to watch while at CBS, said he believes fans have an appreciation of college sports that are rooted in the fact that athletes compete on behalf of long established schools and do so without demanding anything more than scholarships and room and board.

Paying them for the use of their names and images as sought by the plaintiffs in the trial, he said, would change the way college sports are perceived by the general public.

Under cross-examination, though, Pilson acknowledged that he wasn’t sure how much money athletes would have to be paid to negatively influence fans, or if paying them only after they were done with school would be an issue. Still, he said, the idea of paying players could be a real game changer.

Pilson’s testimony came on behalf of the NCAA on a day when dueling television experts took the stand for both sides on the fourth day of the trial. Plaintiffs led by former UCLA basketball star Ed O’Bannon are seeking an injunction that would allow players to be paid for the use of their names, images and likenesses (NILs) in broadcasts and videogames.

The trial comes as billions of dollars in new revenues are being generated in television contracts, and is part of an assault on so-called “amateurism” rules that has prompted the five biggest college conferences to propose new and additional benefits to players. The NCAA has said it will go along with those changes, but balks at giving players any money for their NILs, even if they are put in a trust fund until after the athletes graduate.

Earlier, media consultant Edwin Desser testified for the plaintiffs that the NILs now controlled by schools and the NCAA have tremendous value that could be negotiated on behalf of the athletes much like they are in professional leagues. Desser said the lines are already blurred between college athletics and professional sports.

Pilson, who left CBS in 1995 to form his own television sports consulting company, said college sports has a loyal audience that has grown in importance as the number of hours of nationally televised sports has grown, from about 1,000 a year when he got in the business in 1976 to more than 100,000 hours today.

But he said that audience, at least on the college level, is more interested because of the schools themselves, not the players, who rarely play more than one or two years on television themselves.

“The loyalty of the audience isn’t for the most part to the players; it is to the sport and the institution,” Pilson said. “If Texas lined up to play Oklahoma and you took the uniforms off them and said one will be green and one will be blue, I don’t think you have a game.”