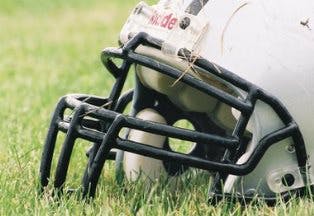 OAKLAND, Calif. ― Football players at big schools could make several hundred thousand dollars in their college careers if they were paid a portion of the broadcast rights to games similar to what NFL players now get, under a model suggested by a sports economist.

Basketball players would do even better, with some earning more than $1 million over four years if schools split their broadcast revenues equally with athletes. That figure could rise even higher as billions of dollars in new television contracts for the rights to games are negotiated.

University of San Francisco economist Daniel Rascher testified Friday that the figures are at the high end of his model because they come close to the 55 percent of broadcast revenue the NFL shares with its players. He pointed out on the witness stand that he did other models that would give players as little as 10 percent of revenues if they were allowed to share in broadcast rights.

Rascher’s testimony came under cross examination in a landmark antitrust trial brought in federal court against the NCAA by former UCLA basketball star Ed O’Bannon and 19 others. They are seeking an injunction that would allow players to band together and sell the rights to their names, images and likenesses (NILs), with the money likely being put in a trust fund and given to them after they leave college.

Just how much that money would be is likely to be the subject of long negotiations and other court fights. The NCAA has already indicated it will take the issue all the way to the Supreme Court if it loses in a bench trial before U.S. District Judge Claudia Wilken, saying the current model of “amateurism” is the best for both the football and Division I basketball players as well as the thousands of other athletes in other college sports.

On a trial day dominated by talk about big money, Rascher spent nearly five hours on the stand laying out—and then defending—his studies on behalf of the plaintiffs. Most of them centered on how much money is being made in college sports and Rascher’s contention that colleges would not be hurt if they used some of the money now being spent on facilities and coaches’ salaries to pay athletes.

“We’ve seen the NCAA change its rules over decades on how much they should be paying athletes,” he said. “The fanaticism and the demand continue to rise during that time period.”

He defended his studies against suggestions by NCAA attorneys that the competitive balance in college sports would be upset if the richer schools paid athletes more than the ones with smaller budgets, saying his research shows that athletes recruited by both big and medium-sized universities almost always go to the bigger school anyway.

Rascher said his studies showed that big schools are making money—and lots of it—while running programs that in many cases are more profitable than their professional counterparts. He cited data submitted to the U.S. Department of Education that showed that Division I basketball schools and FBS football programs took in $4.5 billion in revenue in the 2012-13 school year, which he said didn’t include another $1.5 billion that should have been allocated to the sports.

Rascher said 65 of the 69 schools that were in the former Bowl Championship Series conferences had profitable football programs, with a net surplus of $1.3 billion on revenue of $2.7 billion. The University of Texas alone made $81 million on revenue of $109 million in its football program, which Rascher said likely did not include many millions more donated to the program but not specifically allocated to it in the financial filings.