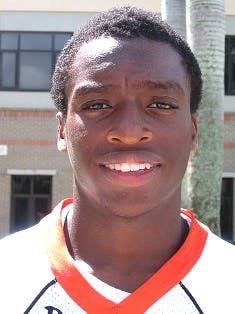 A jury ordered that the private corporation that oversees the University of Central Florida’s athletic teams pay $10 million in a negligence lawsuit that stemmed from Ereck Plancher’s death during football practice. The corporation argued successfully in an appellate court that it is only responsible for $200,000.

ORLANDO, Fla. ― The business of Florida’s 12 public universities is supposed to be public like any other state agency. Salaries, contracts, policies and other university business records are supposed to be subject to Florida’s expansive Sunshine Law, which mandates that most government actions be open to scrutiny.

But that’s not always happening. The universities are getting around Florida’s open government laws through dozens of private corporations that have been created over the years to oversee everything from athletic programs to dorm construction to salaries. Under state law, these university corporations don’t have to make public the same records their parent universities must provide, though the corporations perform tasks once done by school employees and act on the universities’ behalf.

The lack of disclosure makes it difficult for Floridians to know clearly how businesses that are acting on behalf of their taxpayer-supported universities are spending money.

While claiming exemption from public records law, the university corporations have recently embraced another Florida law that says government agencies are liable for only $200,000 if they lose a lawsuit, no matter how much a jury awards. That happened recently after a jury ordered that the private corporation that oversees the University of Central Florida’s athletic teams pay $10 million in a negligence lawsuit that stemmed from a football player’s death during practice. The corporation argued successfully in an appellate court that it is only responsible for $200,000.

The Florida Supreme Court will take up the case this fall, and its decision could determine whether university corporations can keep some of the legal protections of a state agency.

The university corporations are trying to have it both ways, said Stacy Blank, a Tampa attorney representing the family of Ereck Plancher, the player who collapsed and died during a 2008 preseason workout.

“They operate free of any of the restrictions imposed on the state universities until it’s beneficial for them to claim public status,” Blanks said. “Then they say, ‘Whoa, whoa, whoa. We are an agency, an instrumentality of the state.’”

Similar corporations have been created at public universities across the United States, but state courts have reached different conclusions on whether they are subject to public record laws. Courts in California, Louisiana and West Virginia have ruled that the corporations aren’t public agencies and don’t need to respond to public records requests, while the Ohio Supreme Court found that a university corporation acted as a function of government and was subject to the state’s public records law.

The Associated Press recently requested records on staff salaries, donors and contracts from more than 30 of Florida’s biggest university corporations. Not one corporation provided information for all three requests.

Fourteen denied all three requests, and all rejected at least one. Two, the FAMU Foundation and Florida International University Athletics Finance Corp., didn’t respond to the requests.

Asked why the corporations shouldn’t be subject to the same open records laws as universities, Andy Miller, chief executive of the Seminole Boosters, said in an email, “We do not make laws.”

The university corporations pay for and carry out some of the key functions of university life. They construct buildings, maintain facilities, pay the salaries of coaches and professors and give out scholarships.

While the corporations’ records are exempt from public disclosure, they do hold open board meetings, and they must list their highest-paid employees on their tax forms.