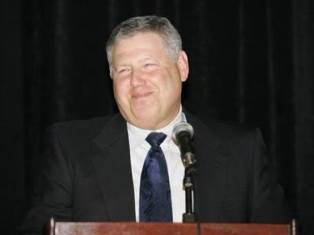 Oklahoma professor Gerald Gurney, president of The Drake Group, an NCAA watchdog, says athletes are steered “into the majors of least resistance.”

The NCAA’s newest graduation report, released Tuesday, showed 84 percent of athletes who entered college in 2007-08 earned a degree within six years, a 2 percentage-point increase over last year’s previous high mark. The four-year average of 82 percent is another record, up 1 percentage point from the 2013 report. Emmert also said there were increases in almost all demographics in the one-year measurement ― some rare good news for a governing body in tumult.

“It’s the highest [rate] ever by a good measure and it’s up virtually across the board ― football, basketball, all other sports, men, women, all races included,” Emmert told The Associated Press. “So it’s the best academic performance we’ve ever seen.”

Over the four-year period covering freshmen classes from 2004-07, athletes graduated at a rate of 65 percent, 1 point higher than the general student body. The 2006-07 freshmen class also set a record, 66 percent, compared with 65 percent of non-athletes.

The difference in rates is that the NCAA counts athletes who transfer in good academic standing and graduate from another school. The feds do not.

Those who question the NCAA’s stats contend the higher numbers are skewed because athletes have more access to tutors, learning specialists and multimillion-dollar academic centers ― all of which are intended to keep players academically eligible and on track to graduate. They also believe athletes are sometimes being advised to take easier courses.

“What really is happening is that athletes are being funneled into the majors of least resistance,” said Oklahoma professor Gerald Gurney, president of The Drake Group, an NCAA watchdog. “They really, based on their athletic commitment, do not have an opportunity to pursue an education at all, much less a world-class education.”

This year, the critics have even more ammunition thanks to a series of high-profile academic scandals.

In August, Notre Dame suspended five football players for alleged academic misconduct. One player has returned to practice but none have been reinstated to play.

Emmert said Monday if Wainstein’s report is accurate, it “strikes at the heart of what higher education is about.”

But Gurney believes those three cases are part of a larger, national problem.

“I think what you see at UNC, at Syracuse, at Notre Dame is that marginal students are being forced to commit academic dishonesty or the universities are joining them in an effort to keep them eligible and retaining them,” Gurney said. “I’m sure that’s not what Mark Emmert wants to hear, but it’s the truth.”

He also believes a new set of more stringent academic requirements for incoming freshmen, which take effect in 2016-17, will push the Graduation Success Rate even higher than the goal established years ago by the Committee on Academic Performance, 80 percent overall.

“Right now we’re over that at 84, but we have some programs that aren’t quite there yet,” Emmert said. “We’re at 75 percent in football, 74 in men’s basketball. … We’re getting pretty close to a point where we’re not going to claim victory and quit, but we’re certainly going to be very pleased if we can get a little bit higher in those other sports. … We’re pleased. Satisfied? No. But pleased sure.”

Other notable statistics in the NCAA report showed: