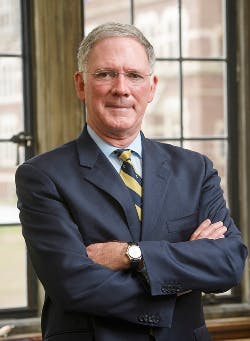 The resolve followed the announcement Tuesday that the Class of 2015 would be the final graduating class at the 114-year-old college in the foothills of the Blue Ridge Mountains. Some 700 students were enrolled at the college this year.

The announcement sent shudders across the 3,250-acre campus north of Lynchburg as students sobbed and embraced each other.

“It was devastating, just devastating,” said Suri Xia, who needs nine credits to graduate. “I’ve never seen this much tears.”

Alumnae from around the country, and abroad, and current students united on social media to save their beloved school. A website was launched to raise a lofty $250 million.

“In the past 24 hours, we really have rallied around this campaign,” said Victoria Rangel Gerken, a Los Angeles public relations professional and Class of 2004 member whose mother and two sisters are alumnae.

Higher education experts said Sweet Briar faced a number of challenges to sustain itself amid decades of dire predictions about the future of a liberal arts education in the United States.

The Sweet Briar decision, however, was not expected to trigger a domino effect. A number of factors led to the college’s demise, including its single-sex enrollment.

“Then you throw in the fact that it’s in a very rural area, which the president made a comment about being 30 minutes to the nearest Starbucks,” said Donald Heller, dean of the College of Education at Michigan State University.

“I think you put all those things together and it’s sort of the perfect storm for that institution,” Heller said.

Jones said another factor in the decision is the unsustainability of the college’s tuition discount rate that it used to attract students.

“There’s no problem with redistribution and in fact that can serve noble aims,” said Justin Thompson, associate dean for management and planning at the Curry School of Education at the University of Virginia. “A problem is when you run out of head room to increase tuition prices.”

The annual cost of an education at Sweet Briar is approximately $47,000.

Students and alumnae cited a range of reasons for their passionate devotion to Sweet Briar, which some refer as “the bubble.” They mentioned, for instance, the lasting friendships and the caring faculty.

For Natalie Cutchin, Class of 2008, “Sweet Briar is a way of life,” she wrote in an email to The Associated Press. “It teaches one to find their own voice and advocates for the empowerment of women.”