The presence of sport in American society has always lived under the long shadow of racism. 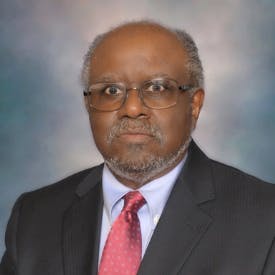 Black men while being held in captivity were compelled to fight each other for the profit and glory of their “owners” and the plantations on which they lived. Black jockeys were an integral part of the sport of horse racing until they were forced from the ranks of stardom by racist owners, unfair employment practices and often jockeys with inferior riding skills. Black athletes were participants in professional baseball and football before Jim Crow and segregation turned those sports into segregated money makers.

Black athletes were there in the beginning, but as profit and financial success became increasingly important, the Black presence began to fade due to causes that were as inevitable as they were unnatural. Today, Black athletes are present again and dominant in some sports. Their presence affirms the adage that “truth crushed to earth shall rise again.” They outlasted scientific myths about the physical and mental inferiority of Black people. They outlasted myths about ability based on a notion of fast-twitch and slow-twitch muscles. They also outlasted the earlier forms of raw bigotry and violence that Black folks in America were expected to endure as a condition of simply existing.

In spite of this sordid and distorted historical record, the world of sport still manages to project itself as an institution that is above politics, where homogeneity and ethics prevail, a place where the playing field is level and the most talented are predestined to be the winners. Sport projects the impression that the athletes, on game day, are colorless. It is all about the team and the only colors that matter are the team colors and the red, white and blue that inspires the singing of the national anthem at the beginning of the contest. In the Olympic contest we proudly recite the medal totals and project them with attractive charts and graphs.

However, it is always the countries that have the most money who score best in the overall medal count.

It is not just Black jockeys and pre-modern-era athletes who could tell stories of the hardship and discrimination encountered as they endeavored to find a respectable place under the sports big top. The storied careers of Jack Johnson, Jessie Owens, Jackie Robinson, Satchel Page, Curt Flood, Ray Robinson, Joe Louis, Emlen Tunnell, Buddy Young, John Carlos, Tommy Smith, Muhammad Ali and others graphically depict the true story. That story says that, at any given time, sport is the vehicle that either projects the best or hides the worst characteristics of the society which embraces it.  There is very little purity in its passion or volatility. There is, however, the enduring potential for sport to supply a wellspring of irrationality and emotion that mirrors the racial schizophrenia of society.

One of the more irrational aspects of the sport, race and politics “confusion” is becoming more prevalent in this season in which we currently find ourselves. For some years the political voice of the Black athlete, like the proverbial genie, had been put back into the bottle. Big salaries, hopes of professional careers and lucrative endorsements served as a pretty good “stopper” to insure that not much came out of that bottle.

Most recently, Colin Kaepernick’s refusal to stand for the national anthem has rekindled the issue “of the voice of the athlete.” Interestingly, much of the negative reaction to his decision has been linked to conversations about love of country and patriotism, instead of issues of constitutional freedom and individual liberty.

It is also interesting, but not surprising to me, that the recent delegation of Olympic swimmers in Rio, who acted like juveniles, lied about their behavior and lied to Brazilian officials to the embarrassment of themselves and America, have experienced no similar expression of public disapproval. The best-known member of that group, I am advised, soon will be in America’s living room on Dancing with the Stars. Cha-cha, cha. Similarly, when celebrated basketball coach Bobby Knight, put on an embarrassing display of immature behavior back in the day at a tournament in an overseas venue, and virtually had to sneak out of the country, he was still Bobby Knight ― just a passionate good ol’ Indiana boy.

I eagerly and proudly lend my voice to the expanding chorus of voices who support Colin Kaepernick in his decision to publicly protest police brutality and racial injustice. I admire his courage in not shrinking from his decision or from the exercise of what he sees and declares to be his responsibility as a man and as a leader. He has declared that some things are more important than football and the perquisites that accompany athletic stardom.

He has put his money where his mouth is, and he had the courage to take that stand while sitting. In adopting those behaviors, he symbolically took a seat on the bus next to Rosa Parks or sat at the lunch counter knowing that the question asked would not be, “What will you have today, sir?” Never the less, the answer given to the world was, “I will just have a little First Amendment Freedom.”

On this issue, Brother Kaepernick has answered the question and has earned his “A.”  Significantly, we, too, must answer the question. The real test that remains to be taken is for the rest of us who criticize our athletes and entertainers for “not giving back,” “for not doing enough” or “for being too aloof.”

The test question is whether we can circle the wagons to support and give protection to those who rise to speak truth to power on our collective behalf. What does Black leadership have to say about this attack on the career of a young man who puts service to the cause of racial justice above his career and professional security?  Silence is not an adequate comment.

Speaking personally, I say to Colin thank you a thousand times for the example set and for the moral courage and leadership displayed. Beyond that, all I can say is that someone did a heck of a job of raising that young man.

Dr. William Small Jr. is a retired educator and a former trustee and board chairman at South Carolina State University.