As the first and thus far only female to be appointed commissioner of a Football Bowl Subdivision (FBS) athletic conference, Judy MacLeod serves as an inspiration and motivator to those eager to see more diverse representations in intercollegiate athletics. 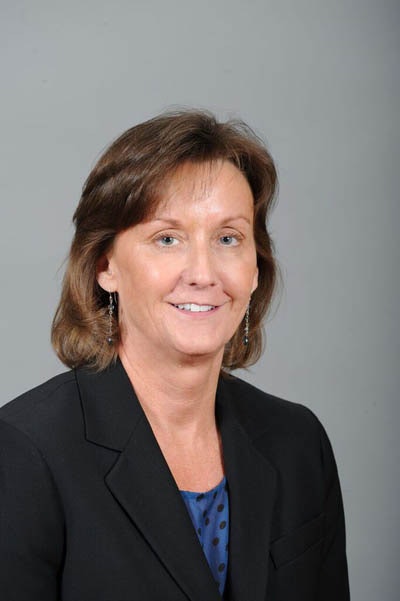 When MacLeod became commissioner of Conference USA on Oct. 26, 2015, she says she knew she was the first female to be an FBS commissioner, but she didn’t realize the impact it would have. More than a year later, she is still receiving feedback, even hearing from people who say they tell their daughters about her when discussing careers.

A veteran administrator, MacLeod spent 10 years as director of athletics at the University of Tulsa. After joining Conference USA in 2005, she rose through the ranks, serving as executive associate commissioner and chief operating officer before earning the top spot. She credits her experience as athletic director at an FBS school with providing valuable background and credentials in the high-stakes world of college football. She also had that crucial ingredient that propels careers — higher ups who had her back.

“The fact that my predecessor was willing to stand up for me and recommend me was a key factor,” says MacLeod. “The relationships I have been so fortunate to build over the years and the variety of experiences from coaching to administration to serving on national committees were also important in the process.

“The most important factor was the Conference USA Board of Directors, comprised of our presidents and chancellors, having the courage to go against the norm and select me for the position.”

Women who aspire to be leaders in intercollegiate athletics often ask about her experiences, which she is more than willing to share.

MacLeod is also interested in hearing about other people’s career paths and is always open to learning new things, she relates.

She sees a few things as fundamentally important.

“I always try to convey being true to themselves and operating by core values,” MacLeod says. “The best advice I can give is to over-perform in your current position. Don’t be the person always out there publicly looking for the next thing. Also, find one or two people you really respect, male or female, and request their feedback and advice.”

Her own background includes having been a student-athlete — playing basketball while earning a bachelor’s degree in economics. MacLeod subsequently earned her master’s in athletic administration.

She credits her experiences as a student-athlete with being a valuable base for not only her work, but also her overall perspective on dealing with and responding to adversity, being an effective communicator, and adapting to change.

MacLeod says she did not have a long-term vision when she began working in college sports, but she understood that she needed to seize opportunities that presented themselves, such as taking a graduate assistantship at Tulsa without ever visiting the campus or even previously living outside the state of Washington.

“The athletic program must be a part of the university community and it is essential that it is important to the coaches and everyone on the administration team,” says MacLeod. “I used to tell our student-athletes the one thing no one can ever take away from you once you earn it is your degree. I also believe the discouraging stories are not what occur with the majority of the student-athletes. There are some incredible young men and women in our athletic programs. Having said that, one discouraging story is still too many.”

Undoubtedly, her time at Tulsa made a lifelong impact on MacLeod. She says she misses being around young women and men on a college campus. At a conference level, there is the opportunity to affect a larger population across multiple institutions, which is very rewarding, but she says she misses that direct interaction and ability to witness the personal outcomes of programs she helped put in place.

Now that she has taken her seat at the table, MacLeod is able to motivate others with similar aspirations.

“Sometimes we get discouraged and think we are not making a difference,” MacLeod says. “But there is no question in my mind if we keep diversity as a goal, keep it in the forefront of our thoughts and continue to take steps in our own activities — providing career development opportunities, sharing talented individuals’ information with those hiring, etc., we can continue to make progress.”