When the NCAA announced its plans in October to reward financially colleges and universities that meet academic expectations for sports teams and athletes, the responses were generally favorable. However, some scholars who research college athletics and diversity question whether financially challenged schools and those that admit disadvantaged students will be left out of the bounty.

The Oct. 27, 2016, announcement stated that the new policy, set to go into effect in 2019-20, came as a result of an eight-year, $8.8 billion extension of its multimedia rights agreement with CBS Sports and Turner for the Division I Men’s Basketball Championship. Under the new revenue distribution system, academic units will be awarded to schools that earn:

“Rewarding academic progress is definitely a start, but it doesn’t address the systemic issues of inequality in our society,” Dr. Joseph N. Cooper, an assistant professor in the sport management pro-gram at the University of Connecticut, tells Diverse. “I would like to see them reward schools that are creating and implementing effective support services to help students across all sports.” 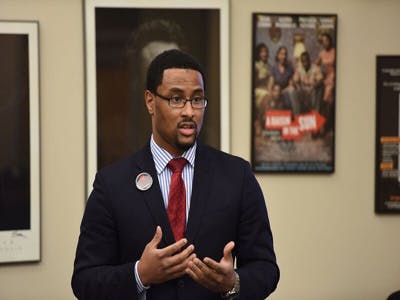 Cooper, whose research focuses on “the nexus between sport, education, race and culture,” adds that the new NCAA policy may have “an unintentional consequence of rewarding schools with selective admissions and penalizing schools that enroll talented students from disadvantaged backgrounds.”

Cooper is co-editor of the 2015 book The Athletic Experience at Historically Black Colleges and Universities: Past, Present, and Persistence, along with Dr. Billy Hawkins, a professor in the Department of Health and Human Performance at the University of Houston.

In its announcement, the NCAA explained how the policy would be instituted. For the first six years of the new distribution that starts in the 2019-20 academic year, 75 percent of the annual increase in the broadcast rights contract will be used to create an academic distribution unit, similar to the units now associated with the Division I Men’s Basketball Championship.

Currently, conferences earn units for each game that member schools participate in during the championship. A­fter the first six years, the percentage of growth allocated to the academic unit will equal the percentage applied to all other distributions.

“All institutions don’t have the same mission and aren’t necessarily taking in the same group of students,” explains Hawkins, author of The New Plantation: Black Athletes, College Sports, and Predominantly White NCAA Institutions. “And there are some schools that don’t have the resources and never will get the same results. It’s another example of the rich getting richer; the wealthy institutions are getting wealthier by getting more resources.”

Cooper and Hawkins make it clear they are not against the new guidelines overall. “But they should be setting up policies to enrich those schools that need it the most,” Hawkins says.

Dr. Jafus K. Cavil, an assistant professor of health and kinesiology at Texas Southern University, one of the 24 Division I HBCUs, calls for more diversity and representation from HBCUs on the committees making the high-impact decisions at the NCAA.

Cavil, who also writes about athletics at HBCUs in The Athletic Experience, suggests that the mission statements of the institutions should be considered in the NCAA revenue distribution construct.

“I personally believe that these rules were made in good faith,” Cavil says. “But they don’t necessarily go far enough to create a diverse and inclusive environment for all institutions that are members of the NCAA, particularly at the Division I level.”

In the 2014-15 USA Today report on NCAA finances, most of the HBCUs in Division I were at or near the bottom of the revenue list.

The formula used to come up with the revenue distribution plan was meant to be inclusive, according to Philip DiStefano, chancellor of the University of Colorado Boulder and co-chair of the working group that recommended the distribution change.

In a written statement to Diverse, he states, “We believe that using these three well-known and accepted metrics to identify academic achievement is the simplest and most appropriate way to recognize schools for the academic performance of student-athletes. This formula includes enough schools that everyone has a realistic chance of earning the distribution at some point. That was part of our goal — to encourage academic improvement without hurting schools with limited resources or those with broad-based admissions standards.”

However, Ramogi Huma, executive director of the National College Players Association advocacy group, told The Associated Press in October 2015 that the NCAA’s plan would reward schools that already have high graduation rates.

He also said the changes “won’t help graduation rates because NCAA sports still turns a blind eye to its own studies showing players are forced to spend 40 hours per week or more in their sport alone,” Huma said in an email to the AP.

“Instead, the players have called for a portion of new TV money to be put in an educational trust fund so players have resources and more incentives to complete their degree. Graduation rates would soar.”

The NCAA received immediate support from the Knight Commission on Intercollegiate Athletics, which issued a statement calling it “a groundbreaking new policy” that is consistent with the Knight Commission report 15 years ago, “A Call to Action: Reconnecting College Sports and Higher Education.”

Arne Duncan, incoming co-chair of the Knight Commission and former secretary of education, said in a statement, “More must be done to protect the integrity of college sports and to strike a better balance between athletics and education. This change does just that by financially rewarding academic and not just athletic results on the field or court.”

One of the leading voices for racial and gender equity in sports, Dr. Richard Lapchick, director of the Institute for Diversity and Ethics in Sport at the University of Central Florida, sees a similarity between the NCAA distribution plan and state education policies. “We have this system in the state of Florida where the ‘A’ high schools and middle schools get financially rewarded, but the ‘F’ schools don’t, which to me is a backward way of looking at things.