As Howard University and Internet giant Google launch a summer residency program to boost hiring of underrepresented minorities in the technology sector, a recent study suggests that the top reasons for the field’s racial homogeneity isn’t the absence of a diverse pipeline but young graduates’ lack of industry contacts and an information gap about job prospects.

Meanwhile, at least one longtime diversity advocate says that Google’s joint initiative will do little or nothing to address the industrywide dearth of Blacks and Latinos in mid-career and senior levels of the workforce. 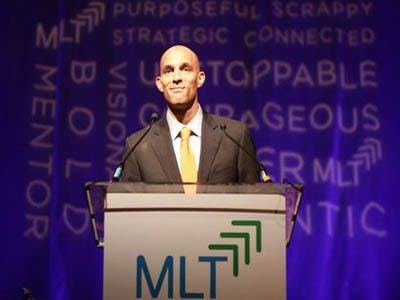 John Rice is CEO of Management Leadership for Tomorrow.

“This initiative can only move the needle in the recruitment pipeline of entry-level coders,” says John Rice, CEO of Management Leadership for Tomorrow (MLT), a Bethesda, Md.-based nonprofit that partners with Fortune 500 companies and elite business schools so that minority students can make key connections. “That’s one small part. To solve the diversity challenge, companies must build a critical mass of minority talent at every level and every group.

“The technology sector needs to invest in higher retention and advancement rates among diverse staff at all levels. I hope Google puts this initiative in context and makes it clear that this is just one aspect of their diversity strategy. Much more is needed to close the gap.”

By “gap,” Rice is referring to the fact that Google’s employee diversity numbers — 2 percent Black and 3 percent Latino — are no better than they were in 2014, when Google and many other large technology businesses trudged down a proverbial walk of shame when disclosing their workforce demographics.

More recently, Rice’s group conducted a survey of 956 early- and mid-career, Black, Latino and Native American professionals and found that “a lack of career information (was) the driving reason preventing STEM and non-STEM majors from pursuing careers in tech.”

“We believe that increasing exposure to and education about tech careers can significantly increase the percentage of minority STEM majors who successfully pursue careers” in the field, an MLT report states. “We found a large number of individuals who are excited about tech but are working in other industries.”

The aim of the new, joint program by Google and Howard is to steer more of these underrepresented minorities into the tech sector. The program, which will be taught by Howard faculty and senior Google engineers, will take place at Google facilities in California’s Silicon Valley.

A university spokeswoman said Howard West is scheduled to get underway this month with an inaugural cohort of about 26 undergraduates.

According to the university, the immersion curriculum of Howard West lets participants earn up to 12 academic credit hours. In future summers, Google officials intend to recruit and host students from other HBCUs.

The program could conceivably include participants networking with Howard alumni in Silicon Valley and shadowing Google employees while discussing the latter’s experiences.

Howard alumna Bonita Stewart is among the first to give praise. Currently the vice president of global partnerships at Google, Stewart says, “During my time at Howard, the spirit of possibility put me on my path. Howard West will continue Howard’s tradition of providing unprecedented access to opportunity.”

Dr. Wayne A. I. Frederick, president of Howard University, predicts that the residency program will produce “hundreds of industry-ready Black, computer science graduates with the power to transform the global technology space.”

Rice and others at MLT hope so, emphasizing that barriers are steep even for minority STEM majors. When the MLT survey zeroed in on STEM graduates with tech interests who worked in other industries, about two-thirds of them said they hadn’t bothered trying to break into tech because they had less exposure to this field than to other areas. Furthermore, more than half of them weren’t sure which jobs in tech would even match their skills.

Interestingly, about 60 percent of survey respondents interested in tech and living outside of Silicon Valley were willing to move there for tech jobs—despite its racial homogeneity. And, among survey respondents who did live in the San Francisco Bay Area and worked in tech, fewer than 20 percent had strong professional networks in that region before relocating there. But more than 60 percent of these Bay Area tech employees reported that they now have robust networks. Moreover, 75 percent of these Bay Area residents believed that networking opportunities there would not have materialized in other U.S. regions.

About one-third of MLT’s 956 survey respondents worked in the tech field. More than 80 percent of all respondents were between ages 25 and 39, and Blacks made up almost two-thirds of respondents. All survey participants were MLT alumni; some completed multiple programs.

Since 2002, regardless of student academic majors, MLT programs have addressed transition points in the business world: college-to-workforce, early-career jobs, admission to graduate business schools and business schools-to-workforce. MLT provides Blacks, Latinos and Native Americans with one-on-one leadership coaching, role-playing exercises and networking opportunities to groom them for management track in the corporate and social-service sectors as well as to expand this country’s pool of diverse candidates for management jobs.

MLT programs delve into the technology sector, too. Its Career Prep initiative features in-person, skills-building workshops and connections to summer internships. Among a new class of 300-plus, minority, sophomore Career Prep Fellows last year, only about 20 percent indicated a willingness to consider tech jobs. Since gaining exposure to career possibilities and building relationships with people of color employed in the industry, that percentage has doubled.

“The key,” he says, “lies in de-mystifying the skills, relationships and accomplishments that lead to high performance and success in tech, helping individuals understand where they stand relative to the performance bar and giving individuals a plan and resources to close any gaps.”