The three-game suspension of Ohio State football coach Urban Meyer has not only drawn criticism for being inadequate given the circumstances, but has cast a spotlight on the disparate punishments assessed players and coaches.

As Ohio State University head football coach Urban Meyer misses the first three games of this season due to suspension without pay, many individuals wonder why the punishment seemed to not fit the significant offense. In findings published last week, it was revealed that Meyer mishandled allegations of domestic abuse made against former assistant coach Zach Smith and publicly misstated his own knowledge of the situation.

Eight years prior, five Ohio State football players received five-game suspensions from the NCAA for selling items of memorabilia, including rings, awards and jerseys. They also received what was deemed to be improper benefits from a tattoo parlor. Additional penalties included repaying monies to charity. 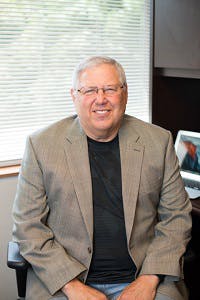 Dr. Gerald Gurney, an assistant professor in the Department of Educational Leadership and Policy Studies at the University of Oklahoma, said the disparity in how punishments are assessed is unquestionable. One of the courses he teaches is Ethical Issues in Intercollegiate Athletics.

“The NCAA is nothing more than a trade association designed to protect the best interests of coaches, athletic directors, conference commissioners, administrators and themselves,” said Gurney.

Anita M. Moorman, a professor of sport administration at the University of Louisville agrees. She said it is clear that high profile coaches have significantly more protections and leverage in how violations or infractions impact them, especially if the punishment is being self-imposed by the university.

“The athlete/university relationship affords virtually no leverage or protection to the athlete,” said Moorman. “There is no legal or policy mechanism at work that would enable athletes to demand a seat at the table basically before punishment or discipline is imposed. Moreover, the athletes also do not have access to significant financial and media resources from which they can attempt to shape public perceptions and obtain legal advice.” 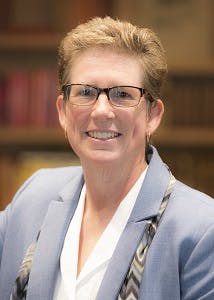 Dr. Stephen W. Dittmore, assistant dean for outreach and innovation at the College of Education and Health Professions and professor of recreation and sport management at the University of Arkansas, said the disparities begin at the outset. He said that coaches go to the homes of recruits and pledge parents they’ll take care of their sons and daughters. They are paid millions while the athletes, whose on-field labor is crucial, are prohibited from being compensated.

“Team, conference and league administrators are reticent to impose punishment which disadvantages a team at a time which would have significant economic impacts for a given team,” said Dittmore.

The most recent disparity Gurney cites is the case of 13 UNC Tar Heels football players who received one- to four-game suspensions for selling shoes they’d been given by the team in January. Players aren’t allowed to sell gear according to NCAA rules.

Gurney likens the roles of coaches and student-athletes to a chess board where players are pawns under the control of their coaches and the NCAA. Football coaches have multi-million-dollar contracts with significant buyouts should they be terminated.

“There is a great disparity between how valuable coaches are treated,” Gurney said. “College athletes are under the complete control of the football program. They are treated like property.

“College football coaches have all the power,” he added. “Athletes are not permitted to buck the system, and this is most apparent in football and men’s basketball—the two primary revenue generating sports.”

Moorman said the different punishments previously handed to football players at Ohio State and now to the head coach highlights the challenging power dynamic between coaches and institutions.

“Many coaches appear to have more power in that relationship than their respective institutions,” Moorman said. “They are usually the highest paid employee at the university. They have very narrow reporting structures—normally only reporting to their AD—they possess tremendous influence with donors and can motivate and influence a large and lucrative fan base.”

Athletes are punished for all sorts of things, such as lateness, which often receives physical discipline, such as extra workouts. Earlier this year, a University of Maryland football player died following exertional heatstroke.

Dr. Simon Pack, an assistant professor of sport management at St. John’s University, said the financial disparity between student-athletes and coaches — noting even an assistant football coach can earn upwards of $300,000 per year — puts student-athletes in a vulnerable position. Some schools do a good job of providing mentoring and guidance, but others don’t. Student-athletes may be unprepared for college academically and psychologically, but are valuable as athletes.

“Race plays a pretty huge role in all of that,” Pack said.

Gurney said someday there will be change, but it will likely only come after a series of lawsuits against the NCAA.

“Our legal system has been resolving disputes and imposing penalties for more than 200 years and it is possible to be consistent and follow precedent,” said Moorman. “I think the NCAA could do a much better job of setting and following precedent in its enforcement process.”

“Losing is not good for donations,” he said. “As long as college athletics remains a huge business, susceptible to influence from deep-pocketed boosters and alumni, I think we will continue to wrestle with what is perceived as appropriate discipline.”