Maryland President Loh to Retire in Aftermath of Sports Scandal

Dr. Wallace D. Loh, who arrived at the University of Maryland in 2010 as a decorated academic and political adviser, will retire from the presidency at the end of the school year.

A number of state and local elected officials reacted to the Tuesday announcement with dismay, some saying that the wrong person was taking the fall in a sports scandal involving the June death of 19-year-old offensive lineman Jordan McNair, according to a Washington Post report. 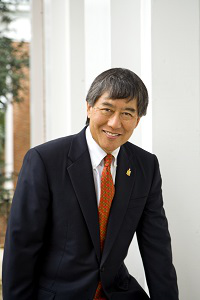 DJ Durkin, the head football coach who has been on administrative leave since Aug. 11, will return to his regular coaching duties, the school said Tuesday, while Loh will retire when his contract expires in June. Loh’s departure struck many state lawmakers as the wrong response to the athletic department’s woes, according to the Post report.

The university’s board of regents had urged Loh to allow Durkin to return and athletic director Damon Evans to continue in his role, according to individuals familiar with the situation. But Loh, in a meeting with regents last week, explained why he felt the school needed to move on from Durkin.

The developments quickly became an issue in the state governor’s race, with Democratic nominee Ben Jealous calling on Republican Gov. Larry Hogan, who appointed the majority of the board of regents, to “step in and call on [the board] to fire Evans and Durkin. It is not enough for the leader of our state to simply shift blame and throw his hands up, yet ultimately do nothing.”

Hogan said his administration was not a part of the board’s decision-making process but “will be pushing for assurances that the issues outlined in the report will be effectively addressed.”

Loh, 73, had strong support from state lawmakers, some of whom spoke out in recent days to urge university officials to stand by his leadership. But the death of McNair set in motion events that led to Loh’s departure.

In a letter to the university community following the Tuesday news conference at which he announced his retirement, Loh took responsibility as part of university leadership for “ongoing dysfunction” in the athletics department identified by an independent external commission that investigated the culture of the school’s football program following McNair’s death.

Evans also issued a public letter to the university community in which he praised Loh’s leadership and said the department is implementing the commission’s recommendations.

“While the commission’s work did not find a toxic culture, it is clear in reading the report that there were some inappropriate and unacceptable behaviors,” said Evans. “Coach Durkin and I both agree that mistakes were made. I take responsibility for those mistakes and as athletic director, commit to you that we will do more.”