Women’s basketball players still outperform their male counterparts, but there is still room for improvement, according to a new report.

As has always been the case, the women continue to outpace the men academically. The overall Academic Progress Rate (APR) for the men is 973 and 986 for the women, but the 986 is less than last year’s 987.

Dr. Richard Lapchick, director of TIDES and  author of the study said this is probably an anomaly. Fifteen women’s teams scored a perfect APR score of 1,000 and 29 women’s teams had a 100 percent graduation rate. 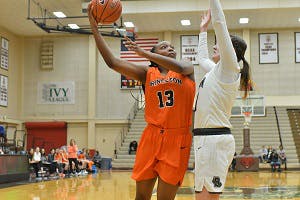 “The women continue to lead the men in all the categories that we examine in the report,” said Lapchick. “The one slippage is that the gap between African-American and White female student-athletes increased (3 percent in 2018 to 8 percent in 2019), but I’m guessing that’s an anomaly because they’ve been so strong.”

The average Graduation Success Rate (GSR) for African-American D-I men’s basketball student-athletes is 79 percent. The GSR for African-American D-I women’s basketball student-athletes is 88 percent, which is down from 91 percent in 2018. Lapchick said this is likely due to the teams that made it into the tournament. The statistics come from the 64 teams in the tournament, not all of Division I.

“The women have always had stronger academic results since we’ve been doing the study and I think it is partially due to the fact that there are so few opportunities for women to play professional basketball,” said Lapchick. “They know they need to focus on getting that academic preparation for a life after sport.

“The reality is that most men aren’t going to make it either,” he added. “They all need to get that academic preparation so they can take advantage of the fact that they are developing leaders. That’s what student-athletes are. They can lead in their communities after their playing days are over.”

Twenty-one percent of men’s teams and eight percent of women’s teams had a gap of 30 percent or higher between the graduation rates for African-American and White basketball student-athletes. 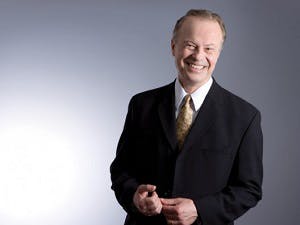 “The APR rate standard is set too low,” he said. “It’s set at 50 percent and almost all the teams are so far above that. We need to raise that APR rate to be the equivalent of 60 percent, and they’d even do well if it was at 70 percent. We have to let the student-athletes know that we think that they’re smart, they have the ability to perform at a higher level academically and give them the bar to jump over.”

There is one historically Black college and university in the women’s tournament and one in the men’s tournament. Both are in the lower range in terms of the GSR. Lapchick said the NCAA can bring about positive change.

“It is what the NCAA can do with the revenue from the tournament,” said Lapchick. “Increase the resources. They have done it to some degree in the past few years, but obviously there’s still a disparity there. If they can help the HBCUs with funding to create programming that will better prepare the chances for success for the student-athletes, then they’ll be way ahead of the game.”