The Fair Pay To Play Act that California Governor Gavin Newsom signed into law on Sept 30. is being hailed as a game-changer for collegiate athletics.

The Act creates the legal right for college athletes in California to be paid for use of their identities and goes into effect in 2023. That means student athletes can sign endorsement deals with shoe companies such as Nike and adidas, be paid for their autographs and receive money from the sale of paraphernalia bearing their image.

“It does change the game significantly because if student athletes are now going to be able to profit from their likeness, be able to obtain an agent, be able to obtain a contract to make money, the institution is not going to be the first choice those marketing companies, those branding companies go to to make those deals,’’ says Dr. Tomika Ferguson, an assistant professor in the Department of Educational Leadership in the School of Education at Virginia Commonwealth University and founder of Black Athlete Sister Circle (BASC).

Dr. Jerlando F.L. Jackson, Distinguished Professor of Higher Education, Department Chair and Director & Chief Research Scientist in the University of Wisconsin’s Equity & Inclusion Laboratory says that he is watching closely to see the impact of the legislation. 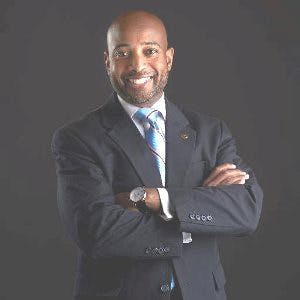 “If other states follow, it does address one of the chief issues in the pay to play dynamic,’’ Jackson says. “That dynamic is student athlete will own their likeness, their name and the ability to put that in the market for themselves. That is probably our best pathway forward to recognizing their contributions.’’

If in 2023, no other state has passed similar legislation, Jackson says “in some ways it’s trading one set of problems for another. But within the context of pay to play, the option of allowing the market to be controlled by the players and what their capacity to bring resources, is of more doable options. The thought that athletic departments would be able  to generate enough resources to recognize and pay student athletes across all sports would certainly be more challenging and significantly impact the landscape of who would be able to maintain and compete.’’

Ferguson, a former track and field athlete at the University of Virginia who walked on but eventually earned a scholarship, says the Act was passed as the result of much tension, confusion and unanswered questions from those who have been fighting for fairness for student athletes in light of the billions of dollars generated by their labor, particularly in revenue generating sports such as football and men’s and women’s basketball.

The NCAA, coaches and athletic administrators are opposed to the California law. They base their opposition to their desire to preserve amateurism in college athletics. Ohio State University director of athletics Gene Smith told USA TODAY the Buckeyes and other schools would not schedule California schools if the Act goes into effect because those schools, in his opinion, would no longer be NCAA members because they would no longer satisfy the amateurism requirement.

Dabo Swinney, coach of the National Champion Clemson University football team, has said that he would leave college coaching if athletes were given access to more money. Swinney is the highest paid coach in the country with a 10-year contract that pays him $9.2 million a year.

“The law challenges where the NCAA is right now in terms of responding to current and former student athletes’ pleas for more attention to their profits and their share in the marketing  and profitability of college athletics,’’ Ferguson says. “However, it does counter the existing policy around being an amateur in college sports.’’

Ferguson says how the NCAA responds, and how quickly it responds, to show it wants to preserve amateurism will have major ramifications. 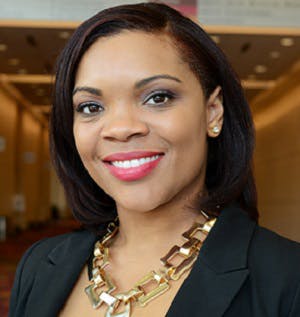 In the meantime, a number of other state legislators across the country are considering sponsoring bills similar to California’s Fair Pay To Play Act or have already introduced initiatives.  Those states include Colorado, New York, South Carolina, North Carolina, Florida, Illinois, Kentucky, Minnesota, Nevada and Pennsylvania.

“If it’s done (in other states), it will have to be done differently,’’ Ferguson says. “State legislators and colleges and universities will have to have conversations about how this is going to be implemented,  not only about how to preserve amateurism but to be done in a way that it will support state policy. There are a bunch of ramifications.  Will there be social security taxes? Is there a federal impact to this? Is there going be a state benefit? Will they be taxed?  Who will be their employer?  Where will they file? The NCAA will have to work with states and not just the institutions to have this done well.’’

Ferguson says student athletes will have to be a part of the conversations as well.

The Fair Pay To Play Act was sponsored by California Senators Nancy Skinner and Steven Bradford. It was inspired by former UCLA basketball player Ed O’Bannon, who argued that it is a violation of federal antitrust law for the NCAA to deny Division I men’s basketball and football players compensation for the commercial value of their names, images and likenesses.

Ferguson says it is unclear the number of student athletes who would actually benefit financially from the Fair Pay To Play Act.

“It’s really hard to say,’’ she says. “It’s going to be a small number because there are very few college athletes who become household names across all sports. There are only a few in all sports. I do believe when it’s an Olympic year sports that are not football and basketball like track and field, those athletes might get some attention. I do believe it will be only a few nationally because most college sports are really only popular within their conference and they are really popular within their region, unless they are a Power Five school, until you get into March like with basketball.’’