Report: Liberty U Has Spent Millions on Sports but Its Black Student-Athletes Are Leaving

Liberty University has spent close to $150 million on sports in the last four years, but its Black student-athletes are now leaving, upset at the racial climate on campus, reported Slate.com. 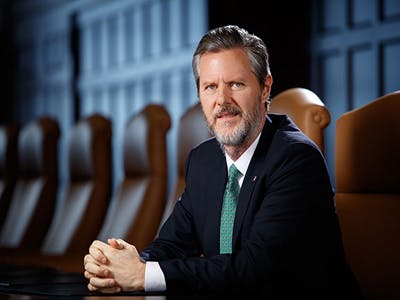 The university’s president Jerry Falwell Jr. has come under fire for his racist-tinged tweets and comments in the last few months. But the publication said the problem goes beyond that.

Tayvion Land, one of the Black athletes who left Liberty, described a disturbing incident on campus as an example of how its administration and leadership are racially insensitive and tone deaf. Land said a White math instructor at the university told one of his Black teammates he needed a tutor and followed up with an attempt at a joke: “Don’t be scared,” the instructor allegedly told the player. “I’m not going to pull out my whip and hit you with it.” That was the moment, Land said, when he decided to transfer out of Liberty.

This kind of campus climate, Slate said, is undoing Liberty University’s investments in sports and the ambitions of its founder, Jerry Falwell Sr., to make the institution a viable competitor to an institution like the University of Notre Dame. Liberty has spent $150 million on sports in the past four years, with $29 million dedicated to an indoor football field, $40 million on expanding a football stadium and $20 million for a new football operations center.

Jon Manson, a Liberty alumnus, told Slate that student recruits are “blown away” by the university’s sports facilities, but the departure of Black student-athletes and reports about the hostility on campus toward minorities could affect the school’s athletics programs.

“It’s almost as if Liberty is approaching a breaking point,” Manson, who runs the A Sea of Red blog, told Slate. “Either they’re going to break through and explode onto the national scene in an even bigger way athletically. Or Jerry Falwell Jr., and the publicity that he brings, could send it the opposite direction.”