An Increasing Number of LGBTQ Coaches Are Publicly Out, But the Work for Inclusion Continues

Over the past few years, it has become more and more common for lesbian and gay coaches to include the names of spouses and partners in their bios. Dr. Pat Griffin, professor emerita of education at University of Massachusetts Amherst and longtime advocate for equality in sports, describes it as a sea change, noting that today’s athletes and coaches are coming out into a much more supportive environment than existed 20 years ago. When Griffin authored her 1998 book Strong Women, Deep Closets: Lesbians and Homophobia in Sport, her interview subjects were anonymous. Today, younger generations have grown up exposed to the LGBTQ rights movement and marriage equality.

“When they have that kind of growing up experience, it would be unacceptable to think about being closeted as a coach,” says Griffin, who began her career in higher education as a coach. “That’s part of a larger cultural change that has enabled many, particularly women coaches, to be openly lesbian.”

But as much as things have changed, people in more conservative parts of the country remain hesitant to come out. States that don’t have laws protecting against LGBTQ discrimination in the workplace make it difficult for coaches to openly identify, says Griffin, as does the culture created by administration.

“There’s still a dire amount of work to be done in athletics in not just talking the talk, but actually taking action,” says Shane Windmeyer, founder and executive director of Campus Pride.

Curt Miller, head coach of the WNBA’s Connecticut Sun, spent 24 years coaching at the college level. When he was an assistant coach, he was cautious about discussing his personal life, but when he became the head women’s basketball coach at Bowling Green University in 2001, he began bringing his then-partner to team and university functions. An incident in his first year as a head coach made him decide he would be fully authentic. 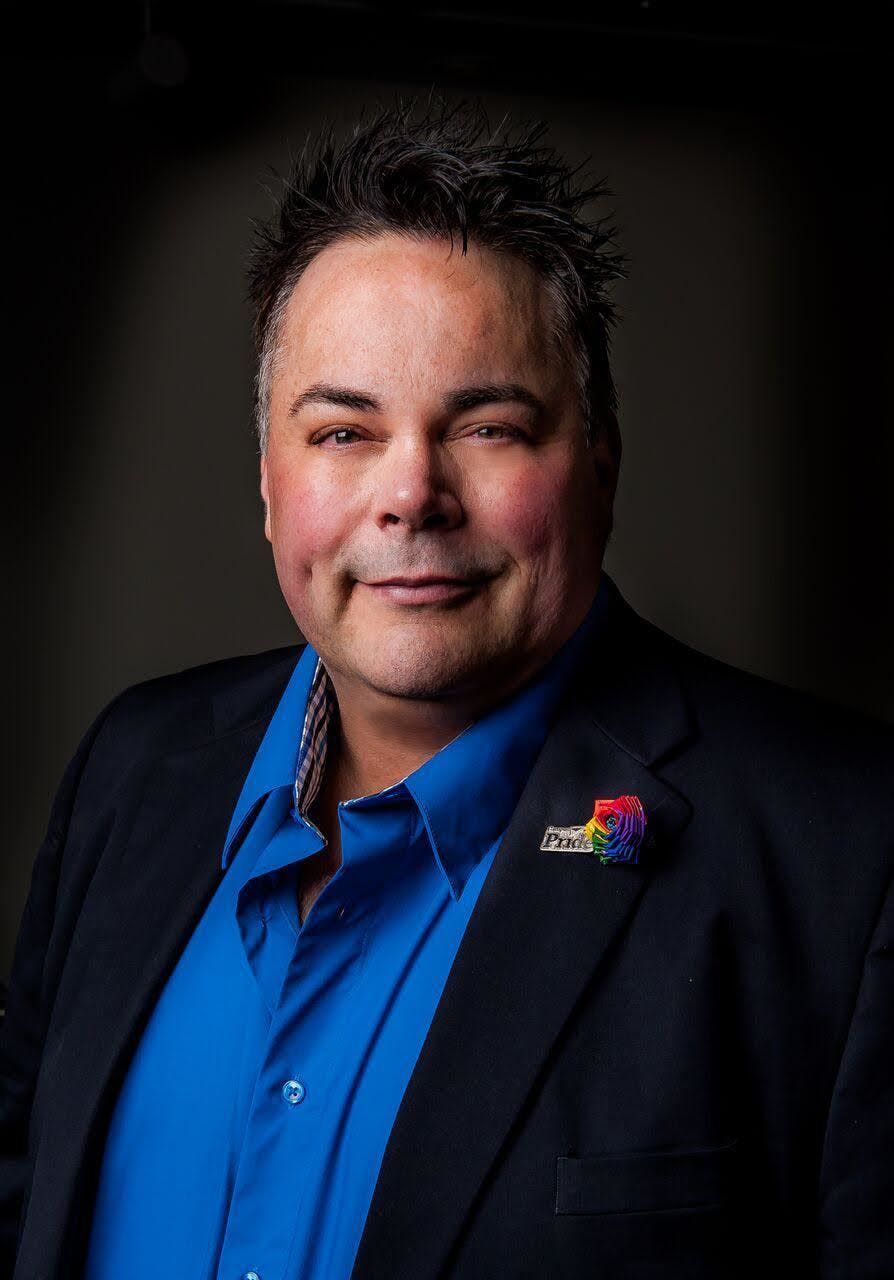 “I was recruiting a player that was one of our top prospects, and she came from a very religious family,” says Miller. “The father pointblank asked me about my male roommate. To the recruit’s father I called my long-time partner my best friend. I instantly felt regret and shame that my tenure was starting off not being completely transparent and honest. After that I pledged that I was going to be truly authentic the rest of my career.”

Miller had tremendous success at Bowling Green, with his team winning eight consecutive conference titles from 2005 to 2012. Despite that, multiple job interviews at Power 5 schools did not result in job offers. In 2012, he was hired by Indiana University, where he worked until 2014. Prior to that, in one interview an athletic director told him the university would be taking a huge chance if they hired him.

“I knew what he meant,” says Miller, who began his WNBA coaching career in 2015. Since becoming head coach of the Connecticut Sun, Miller has embraced having a national platform.

For several years, Kirk Walker, now assistant softball coach at UCLA, practiced an “if-asked-will-tell” attitude. That changed in 2005 when he and his then-partner began the process of adopting a child, meaning their profile and photo would be publicly available for birth mothers to review. At the time, Walker was the head softball coach at Oregon State University.

“My greatest fear at that point in time was that my team, who I’d never told directly, would hear about my sexuality from somebody else,” Walker says. “The reason why that was important or significant for me was that as the coach I had always professed the importance of being trusting of each other and having the integrity to share information and be supportive of each other through all of the ups and downs of our personal lives.

“If this information had come out from somebody else, I felt like I would have lost my authenticity and my integrity with my team,” he adds. 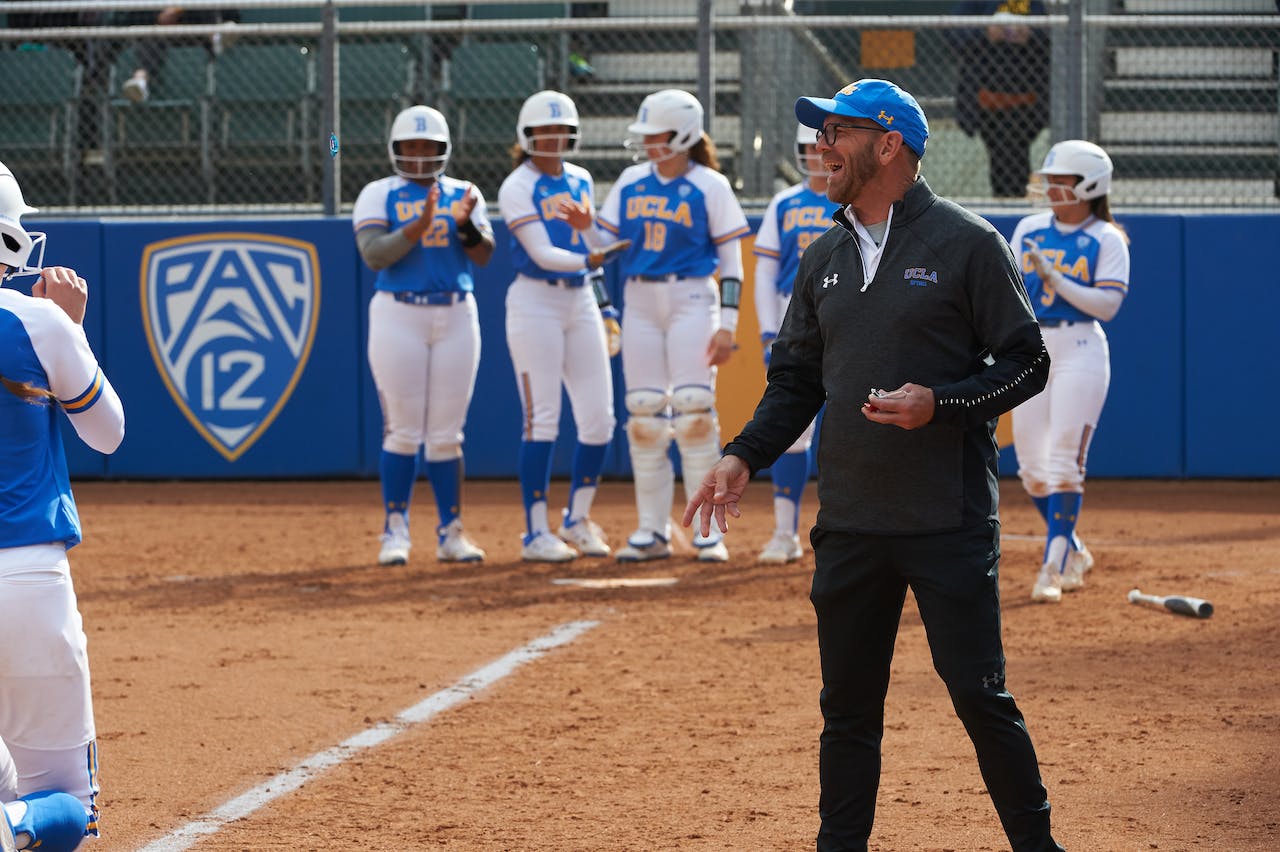 Once Walker had come out to his team, OutSports.com founder Cyd Zeigler asked to do a story and Walker agreed. After it was published, Walker admits he wasn’t happy being referred to as the gay coach, preferring to put his successes in sport in the forefront. That changed when he realized the impact his being out was having on others.

“When that turned for me, it was significant because it changed my whole outlook and my passion for the work in LGBT sports diversity and inclusion,” says Walker.

About 10 years ago, Walker took over the Equality Coaching Alliance, a private Facebook group and email network, founded by Roger Brigham. It began with a handful of members and now includes almost 1,200 people. A few years ago, Walker decided to include sports administrators, athletic trainers and officials to the group.

“When you know you’re not alone, that there are people who have walked in your shoes, that have struggled through the same adversities you have, that have experienced the same joys and positive things that you have, it creates a network and a community that’s really powerful,” Walker says.

Billi Chambers, head women’s basketball coach at Iona College since 2013, says while she wasn’t in the closet, she didn’t necessarily discuss her sexual orientation unless asked. When she got engaged to her now-wife, Melba Chambers, people became aware that she was part of the LGBTQ community.

“The reaction was great,” says Chambers, who admits she was a bit nervous to tell the college’s then-athletic director, Rick Cole. Iona is a private Catholic 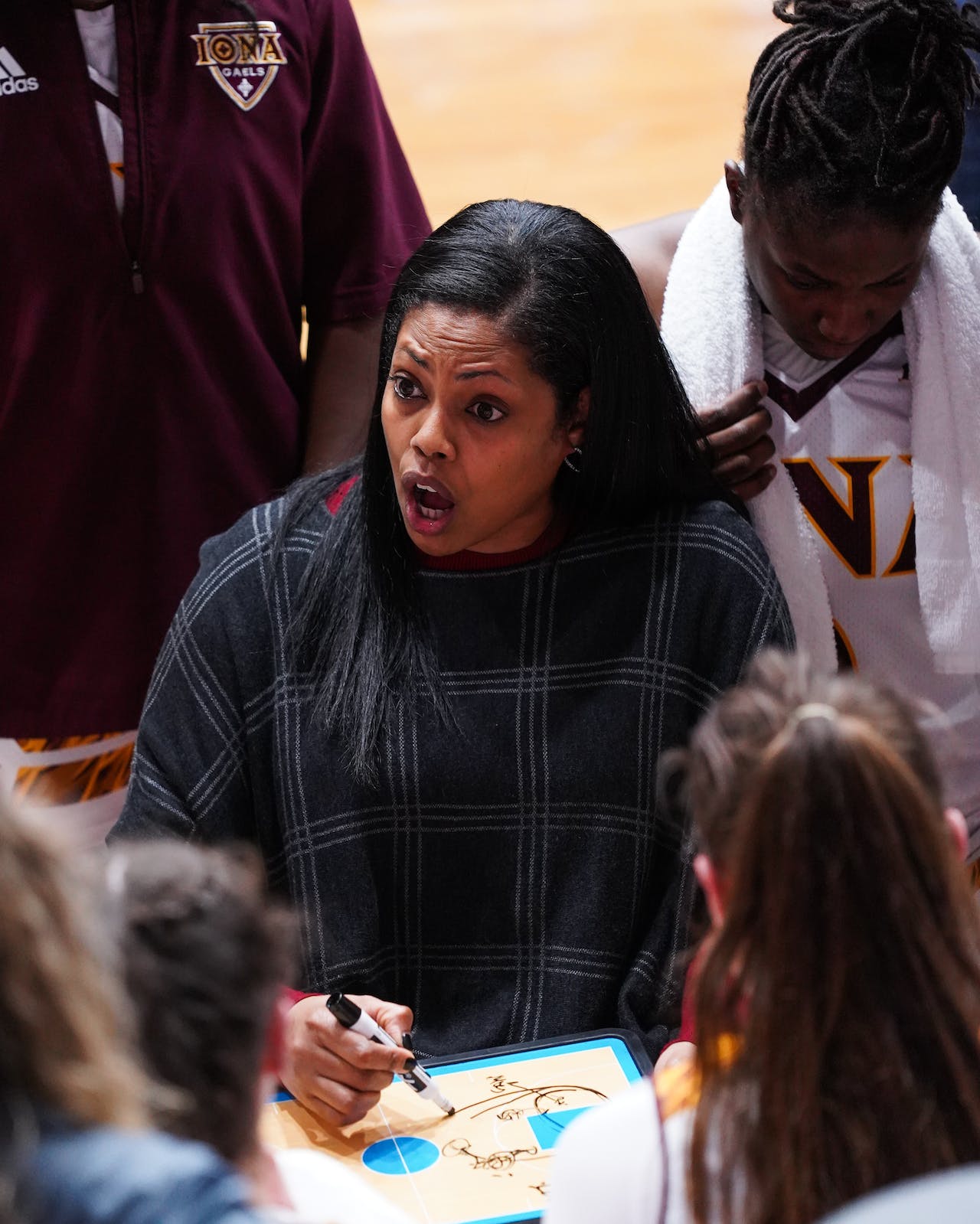 institution. His reaction was totally positive as was that of the then-president, Dr. Joseph Nyre, who congratulated her.

“I have not had any backlash or negative sentiment from anybody,” says Chambers.

Thus far, Chambers hasn’t had any issues arise when recruiting either. She always leads with discussion of how the team values diversity. Her players are respectful, and some have even felt comfortable talking to her about their own desire to come out. If someone was dissuaded to attend Iona because she’s a lesbian, that hasn’t been shared with her.

“The parents and the student-athletes have, I think, appreciated that I’m true and I’m authentic,” says Chambers. “I’m not naïve. There are negative experiences out there. I know there are people who aren’t as supported and maybe kind of hide behind that screen and don’t really say anything.”

More work to do

Negative recruiting — the long-time practice of some coaches bad-mouthing lesbian and gay coaches — has decreased. Griffin says, if anything, these days that practice tends to work against anyone trying it.

“I don’t think that’s honestly ever going to go away, unfortunately, because that’s just how people are,” says Chambers. “I think in our sport people living their authentic lives at this point is so much more widely accepted that, if you are negatively recruiting, it’s probably going to hurt you more than it helps you.”

Campus Pride’s Sports Index rates how purposefully inclusive sports departments are, but participation is voluntary, and a relatively small number of institutions have participated.

“We have a lot of painstaking work to do when it comes to getting athletics to pay attention to the needs of LGBTQ students and their coaches who are LGBTQ,” says Windmeyer.

Twenty years after stepping into his truth, Miller is still the only out gay man who is a head coach in Division I women’s or men’s basketball, the NBA, the WNBA and the NBA G League. He embraces being a trailblazer and a role model that you can be a gay man and still thrive in the sport of basketball or any team sport.

Erroneous stereotypes persist, says Walker, but with social justice and mental health now priorities, discussions of LGBTQ issues and non-discrimination are essential, adding that parents and student-athletes care about values and philosophy.

“What I truly believe is important is that the authenticity and the values that you profess to live by as a coach will absolutely carry the weight of the day,” Walker says. “Our whole goal is to empower our athletes to be the best versions of themselves. How can we do that if we’re not truly empowered ourselves to be authentic?”