Football Hall of Famer Ed Reed will become Bethune-Cookman University’s head football coach after the school announced that it had agreed for him to step into the role, Yahoo Sports reported.

“Bethune-Cookman University Athletics has entered an agreement in principle with Pro Football Hall of Famer Ed Reed to be its 16th head football coach,” according to the historically Black college and university (HBCU) in Florida.

Reed, 44, has been the chief of staff and senior football adviser for the University of Miami football team. Reed – he spent almost all of his 12 NFL seasons with the Baltimore Ravens – began coaching in 2016 as defensive backs coach for the Buffalo Bills.

Reed was inducted into the Pro Football Hall of Fame in 2019. 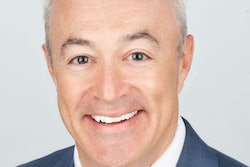