Purdue University says its test of an emergency messaging system was a success.

School officials say it took less than seven minutes to send out the test messages. Within 10 minutes, 865 people responded to the e-mails and more than 2,000 responded to text messages.

Officials now hope to look for any kinks in the system so they can be worked out.

The messages are part of an effort by Purdue and other schools to more quickly notify students and others in an emergency following the April shootings at Virginia Tech. 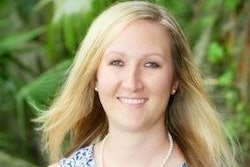