In an effort to increase the number of underrepresented students looking to become veterinarians, the Virginia-Maryland College of Veterinary Medicine, has announced the creation of a scholarship to support diversity with the College and within the veterinary profession at large 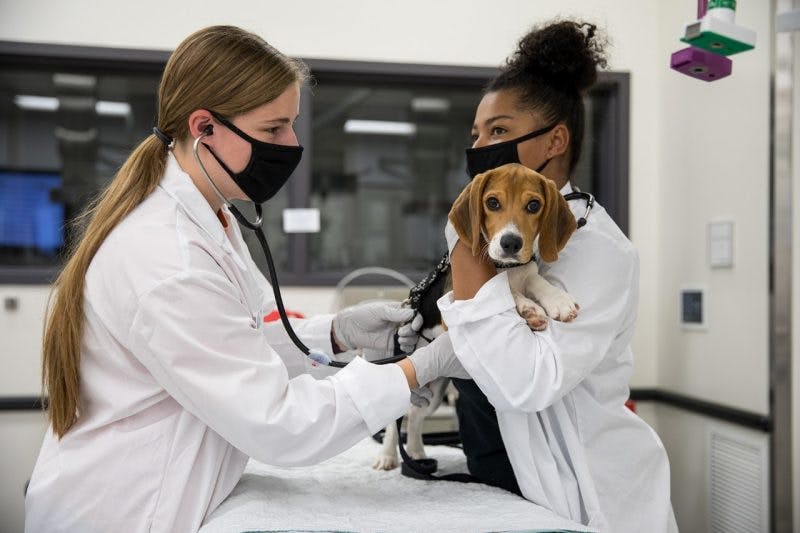 After earning her bachelor’s degree from Cornell University, Hoban enrolled at the Virginia-Maryland College of Veterinary Medicine. When she graduated in 1990, she took a job as a general practitioner in Maryland, but ultimately won a fellowship at the Naval Medicine Research Institute where she collaborated with other researchers to develop an animal model to study septic shock in humans. In 2005, she opened her own practice called the Friendship Pet Hospital, located in Arizona.

“The veterinary education that I received at VMCVM was very well rounded and diverse,” she said. “I was prepared for a research position, clinical practice, and employment in a referral practice. I have been fortunate enough to have experienced all three aspects of the veterinary medical field.”

Lee, who earned a doctorate in veterinary medicine from Virginia Tech, joined the faculty at the University of Georgia, ultimately becoming department head in the Department of Biomedical Sciences and Pathobiology.

After veterinary school, Dance entered into private practice and later became a consultant, providing animal care and research guidance for a variety of institutions including the Veteran’s Administration, Virginia State University, Randolph-Macon College, and the University of Richmond.

“The education and the support that I received at VMCVM was top notch, and I am always proud to recommend the school to those who are inclined in that direction. The only regret that I had was in relation to the available financial support for people like me.”

College officials say that the scholarship fund will be fully endowed in five years. Given that only about 8 percent of veterinarians in the United States are people of color, and less than 1 percent are Black, there is a need to diversify the profession.