It’s official. The new president of Texas A&M University is Dr. Elsa Murano, the first woman and first Hispanic to hold the job. Murano, a former A&M administrator who fled Cuba as a child, was named by the A&M systems Board of Regents Thursday. She was the only finalist for the post.

“I am grateful to live in a country that has provided so many opportunities, including the great honor to serve as president of Texas A&M University,” she said.

Murano was the vice chancellor and dean of A&M’s College of Agriculture and Life Sciences. Before that, she was undersecretary for food safety at the U.S. Department of Agriculture from 2001 to 2004.

Murano, 48, fled Cuba with her family in the early 1960s. Born in Havana, she and her family lived in several Latin American countries before moving to Miami.

She earned a bachelor’s in biological sciences from Florida International University, then a master’s in anaerobic microbiology and a doctorate in food science and technology from Virginia Polytechnic Institute and State University.

In 2005, according to the university, Murano was inducted to the Alumni Hall of Fame of the Hispanic Scholarship Fund. In 2002, Hispanic Business magazine recognized her as one of the “100 Most Influential Hispanics.” She is the recipient of multiple academic fellowships and the Sadie Hatfield Endowed Professorship at Texas A&M from 2000 to 2001. Murano’s work has been extensively published. She has received numerous research grants totaling more than $8.7 million and has served in a half dozen academic service and professional societies

She began her academic career in 1981 as a research laboratory technician at Florida International. She joined Texas A&M’s faculty in 1995, after serving as an assistant professor in the department of microbiology, immunology and preventive medicine at Iowa State University. She was director of the Center for Food Safety at Texas A&M when President Bush nominated her to oversee the Agriculture Department’s food-safety programs. 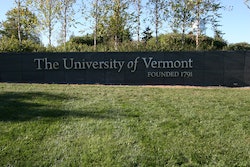 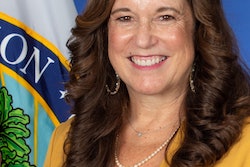