Racial Disparities Have Varying Effects on Women in STEM 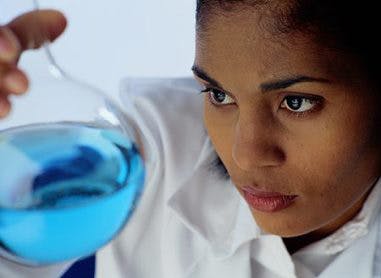 A comprehensive new study from the Center for WorkLife Law quantifies the double bind of gender and racial bias in the STEM fields. The report shows that the experience of gender bias differs by race, so while all women of color may experience gender bias, they do not experience it in the same way.

“People started studying gender and racial bias intensively in the 1970s. The style of discrimination has changed a lot since 1970, but one of the things that I realized is that it’s changed less in some STEM fields,” said Dr. Joan C. Williams, distinguished professor of law at UC Hastings and director of the Center for WorkLife Law.

“One of these women [in the study] recounted—keep in mind that this is a Ph.D. scientist—that a colleague of hers threw her an eraser in a faculty seminar and said, ‘now maybe you’ll understand,’” Williams said.

While most women, happily, did not report being attacked in such a bizarre and hostile fashion, the study did find that many women experience subtler forms of bias.

Williams’ prior work closely focuses on the challenges women face in the workplace. Last year, she co-authored “What Works for Women at Work,” which offers methods women can use to circumvent subtle biases they may encounter in the workplace.

The new study, published on January 21, identifies four patterns in which gender bias manifests itself:

1) Prove-It-Again. Women have to repeatedly demonstrate their competence more often than men, in order to be seen as equally competent as their male colleagues.

2) Tightrope. Women feel pressured to strike a balance between not being seen as too feminine or too masculine. In other words, they fear being liked but not respected due to femininity or respected but disliked for coming across as too masculine.

3) Maternal Wall. Once a woman has a child, the general assumption is that her commitment and competence will diminish.

4) Tug of War. Gender bias can create conflict among women, since women may have their own biases against their female colleagues.

Williams, along with co-authors Dr. Katherine W. Phillips and Dr. Erika V. Hall, reached out to female scientists through the Association for Women in Science (AWIS) network, basing their research on 557 online surveys and 60 phone interviews.

The phone interviews, quotes from which pepper the study, primarily feature the experiences of Black, Latina, and Asian women. Only one woman of Native American heritage responded—speaking to the paucity of American Indians in the STEM fields.

Women of color reported bias outside the four patterns, resulting in experiences of what the report terms as “isolation,” “demeaning comments,” “racial stereotypes,” and “accent discrimination.”

For example, nearly half of the Black and Latina women surveyed reported being mistaken for janitors or secretaries, even when wearing white lab coats.

Latinas said that they commonly encountered racial stereotypes, such as being accused of being overly emotional, disorganized and even “crazy.” Nearly 60 percent of Latina women said that they had experienced backlash for expressing anger, much more so than women of other races.

Academic institutions that have difficulty attracting and retaining women, Williams said, ought to take aggressive measures to self-monitor their own biases. One solution might be to omit any reference to gender or race in preliminary reviews of resumes, ensuring that candidates are evaluated purely on their accomplishments. Search committees also ought to identify key attributes they are looking for and then adhere to those attributes in selecting the final candidate.