The gender wage gap is real – even when looking at pay differences between men and women who graduate from America’s leading colleges and universities.

That’s the finding of BusinessStudent.com, which recently announced results of a study it did of 117 schools ranked among the highest by U.S. News & World Report. Among workers who started college within six years prior, graduated and began working, men earned an average $59,000 a year and women made an average $48,000 annually – 19% less. 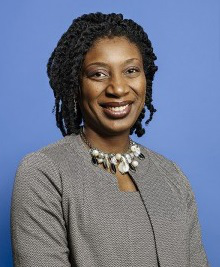 · The widest gender gap by far was at Brigham Young University, where male graduates earned 57 percent more than female graduates. Princeton and Wake Forest universities rounded out the bottom three.

· Male graduates earned at last 30 percent more than female graduates at some schools, including Williams College and Stanford, Princeton and Carnegie Mellon universities.

As wide as the numbers say the gap is, the actual disparity is probably even wider, say some experts.

Why does that matter? Because at elite schools, it’s likely that more students can afford to pay for their education without needing financial aid. And those same students are more likely to have access to social capital and connections that can help them land higher-paying jobs right out of school.

“That’s not reflected in the data,” said Del Pilar, “so I think the gap is larger than what is recorded.”

And disaggregating the data to check gender gaps by race and ethnicity is likely to reveal even more nuanced gender gaps, Del Pilar suggested, noting the Institute for Women’s Policy Research (IWPR) had done so in a study released in September 2017.

The disparity in the BusinessStudent.com study is fairly close to the IWPR-reported national statistic that in 2016, women made on average 80.5 cents for every dollar a man earned, noted Dr. Nicole Smith, a researcher and chief economist at the Georgetown University Center on Education and the Workforce. 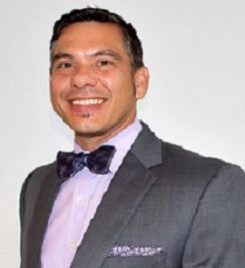 Smith agreed with Del Pilar that the BusinessStudent.com study probably understates the true gender wage gap – and breaking down the numbers by race probably would reveal even wider gender gaps.

While the national study made no distinction by education level and includes workers who may be part-time, subjects in this study had bachelor’s degrees, an indication that female graduates of the most prestigious institutions may have a wider gap than women workers in general.

In most cases – except for African-Americans – men on average earn more than women. Smith cited recent research that ordered salary and wage levels by race from the highest to the lowest: Asian males, Asian females, White males, White females, Black females, Black males, and then Hispanic males followed by Hispanic females.

One way to close the gender wage gap is for more women to pursue higher-paying jobs in higher-paying fields. That means improving high school graduation rates for students of color, introducing them to a wider range of career options as early as elementary school, gender desegregation in college programs and the workplace, and diverse people in faculty and career positions so that minoritized students can see the possibility, said Smith and Del Pilar.

Exposing female students, particularly those from underrepresented groups, to a broad range of career possibilities at a young age is key, said Del Pilar.

“The career people go into is a reflection of what people have been exposed to and know exists,” he said, noting that some cultures have a more limited concept of potential careers.

“That concept plays into the choices that people make,” he said.

Some institutional structures and practices are barriers, such as an academic adviser who dissuades a student from pursuing a particular field of study because of concerns that the student may not be academically capable, said Del Pilar.

His concerns highlight a legitimate “problem with the pipeline,” said Smith. “You’re losing a lot of students in college, and earlier in high school.”

“What we’re not advocating is that everyone pursue a STEM degree,” she added. “What we do advocate is transparency about what the potential pathways are for the particular majors that people might choose early on.”